Somehow I feel like I'm a pretty lifeless zombie right now.... Covered with 3000 years of fungus ><

Have been going to the library till at night nearly every night because whenever I tried studying at home, I would end up snuggling myself into the warm blanket and eventually (as expected) fell asleep "accidentally".... 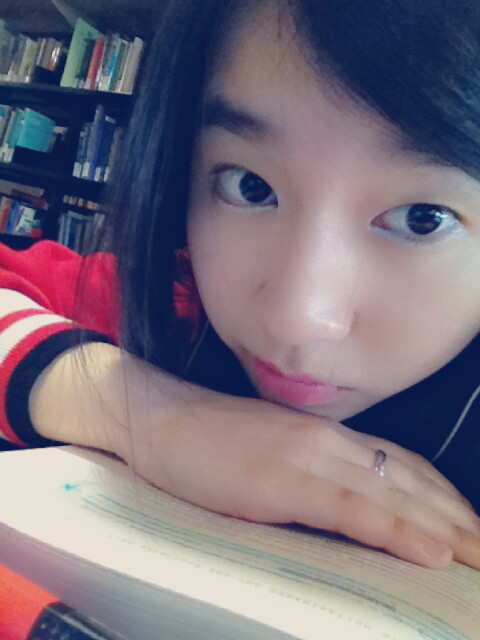 Anyway, another issue was...I had been craving for Japanese and/or Korean food desperately these days but going to restaurants to eat for no epic reasons is now a guilty indulgence for me because EVERYTHING in Australia is EXPENSIVE! ><

However, there came a good "excuse" for me to eat out yesterday. My friend Daniel came to Melbourne to visit us and also to celebrate his birthday before going into the Singapore's National Service. So, he contacted me on Facebook and asked me if I could make it for dinner or lunch. 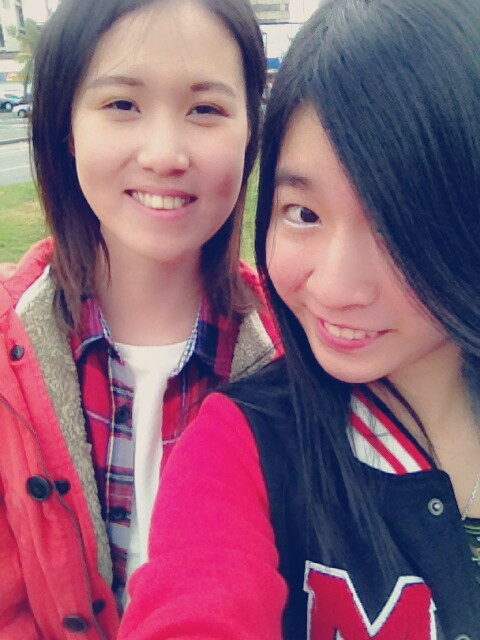 Alanis accompanied me to the city to wander around for an hour before meeting up with Daniel. She warned me that I shouldn't post this photo onto Facebook but I assured that it will be up on my blog. And tadah *BLACKOUT* (ps: if you haven't watched my latest Vlog, click that link OKAY?!)
Here it is! 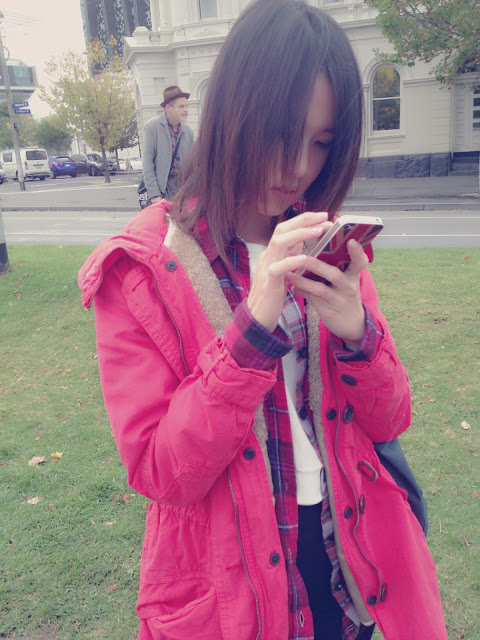 I told her that I have never seen her so serious before....not even when doing assignments (I don't look around in exam halls so I don't know what the hell she's doing hahahah :p) 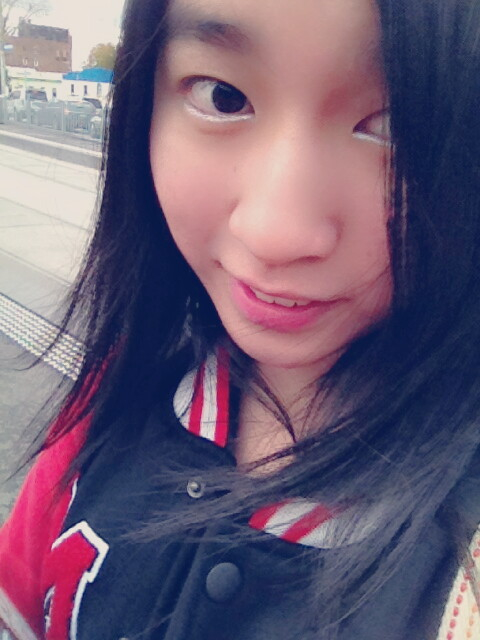 My face looks like a pancake right here >< Didn't know why I decided to put eyeliner to school, probably cause my face looks too DISASTROUS already.....Screw all the endless school work :'(

We actually wanted to try out some new Korean restaurants and I made the effort to ask my Korean friends Soo Young 언니 and Linzy 친구 for their advice but those suggestions they provided either Daniel had already tried or they were closed >< At last we ended up in the same Korean restaurant where I hung out with the BoJio gang last year, which is also the place where I had my very first Korean cuisine :3 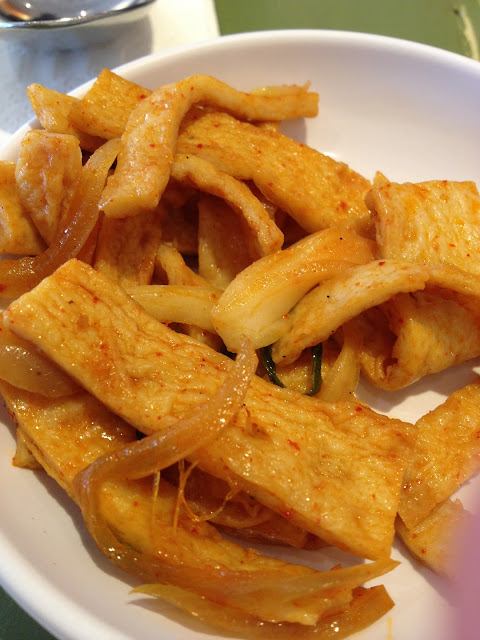 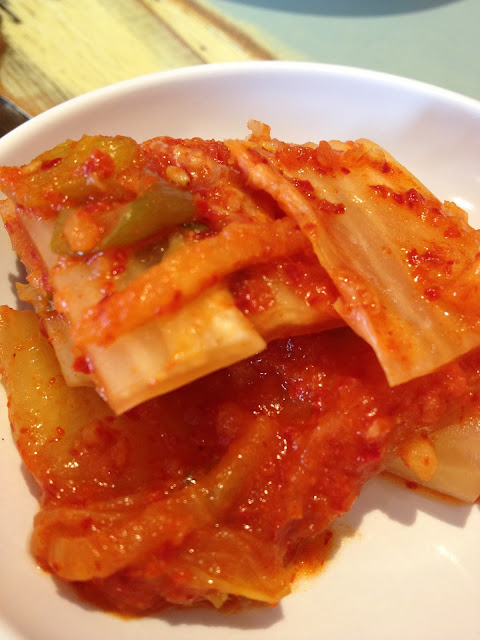 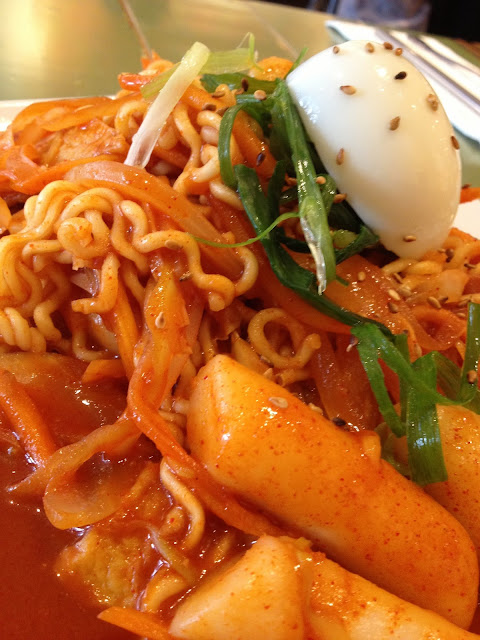 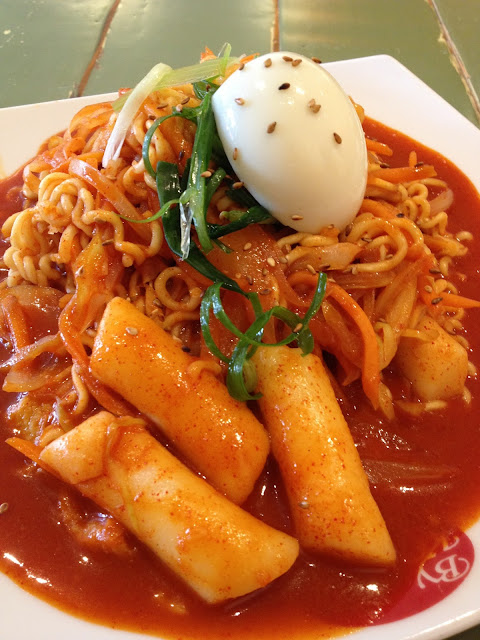 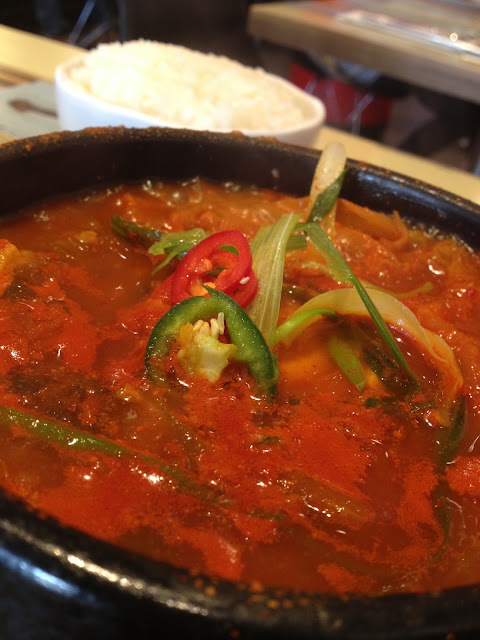 Kimchi stew! I miss this LOTS!


Carol was quite surprised when she realised that I can take spicy food already because last year in hostel, she always loved to tease me in front of the other China girls saying that it's so funny for me a Malaysian (somemore a Penangite) who can't bear any spicy food.

She was like "OMG FION!" when she saw me pouring the Kimchi stew into my bowl ;) Hey come on, people change as time goes by, and so do my taste buds! 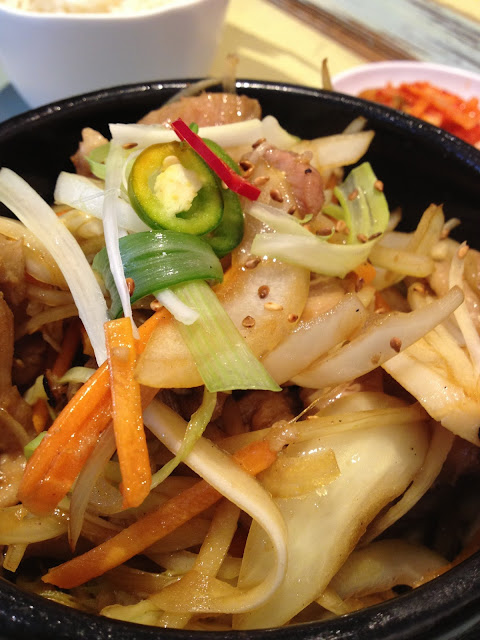 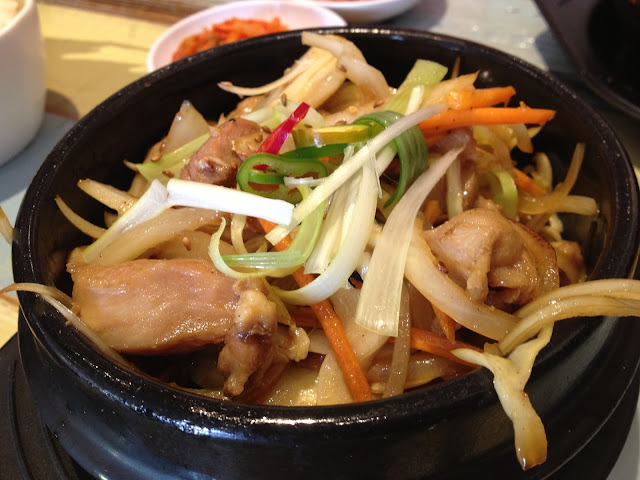 Forgot the name for this :p Chicken in a bowl of vege! (according to Daniel)

After Korean I went to continue growing fungus in the library again. 3 more chapters till I cleared all my "debts" for Microeconomics! RAWR!

Going for a Japanese festival volunteering work tomorrow at BoxHill. Quite nervous and excited about it. Wonder will I get to know any Japanese friends from there :3

By the way, another SURPRISE update of my life which is....I like Taiwan Hokkien song! OMG! HAHA~ So addicted to it!! Typically this one which was covered by Gina Lee, she's so awesome!

I am very very very into her songs lately. Music is my all time best companion especially when I am about to fall asleep while studying or while I go back home facing the walls alone.

Another current favourite of mine, also by Gina.

Ok that's all for today, gonna continue to clear off my Microecons "debts" now before cooking my dinner.