My First K-Pop Dance [With Video]

Hey guys, so sorry for not blogging quite some time ><

Still remember my previous blogpost? I actually mentioned that I was going to take part in a dance performance~~~ And now it's over! OMG! Time really flies! It has only been slightly more than a week and it's over~! I actually can't really believe it....It's like we had been so occupied for a few days and now everything is back to normal...Life was pretty hectic as we practiced at least 2 or 3 hours nearly everyday continuously for 5 days. I know perhaps some of you might say that it's not a big deal and that time period might be consider very short and insufficient, but I have to pinpoint that we are just students and we had to rush for class after practice and rush home to finish off assignments and things like that...Moreover, it's my first ever hip hop/K-pop dance, I had some hard time shaking away the ballerina elements in me. To make things worse, my legs were always in pain because it has been a long time since I really exercised hahaha :p

Back to the topic, we were representing the MELBOURNE UNIVERSITY KOREAN STUDENT SOCIETY for our school's night market event!

Song 1: Freakum Dress by Beyonce
Song 2: I Got A Boy by SNSD (Girls Generation)
Song 3 (cut): Gentleman by PSY

I know the dance isn't perfect, and you can actually see that I (ONLY ME) suck at it >< BUT the whole dance thing meant a lot to me - for a non Korean newbie to be given a chance to perform with the super pro seniors and somemore representing the Korean Student Society....how WOW is that :p

And through this dance, I actually met a few very AWESOME people and I now have Korean friends already!!

NOTE: I DO NOT CHOOSE WHO TO BEFRIEND WITH BASED ON THEIR NATIONALITIES BY ANY MEANS. I REPEAT...I DO NOT!!

Is just that I am soooo biased towards Korea (sorry I can't help~~ in fact, I am not even sorry by a little bit WTH) and I always hope that I have Korean friends who can share their cultural stuffs with me! :p 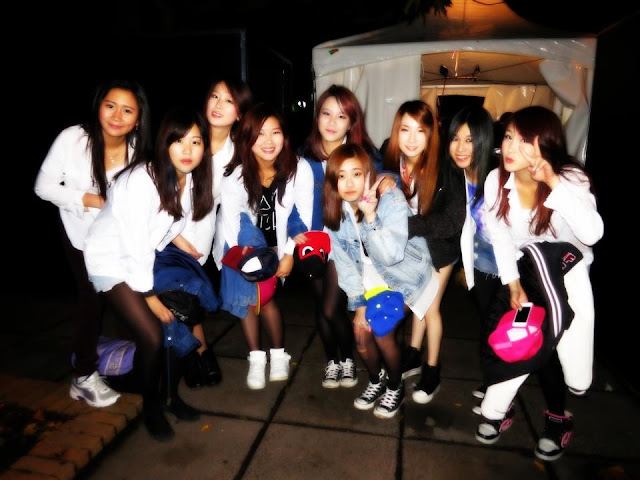 Surprisingly we didn't take many photos, in fact this is one of those limited group photos that we have >< Regret for not shooting more with them :/ Everything was in such a rush and everyone was nervous haha :p

Luckily I still managed to take some selca with some of them! All pretty girls! 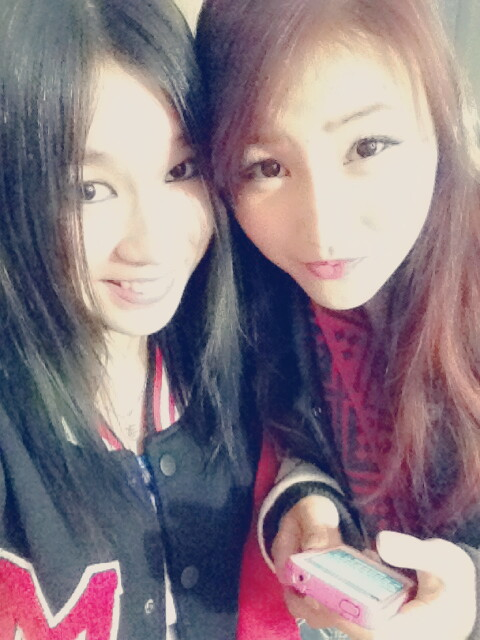 Renee 언니! She is PRETTY <3 <3 and she loves pink! I always see her with her pinky things :3 hehe...I actually thought that she's Korean because she blends in the society like she's born as a 100% KOREAN! I look up to her! 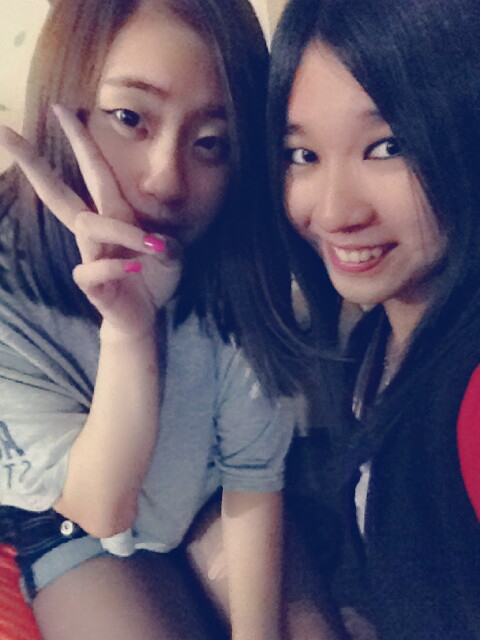 Linzy 친구 who was sort of my dance partner <3 I didn't know that we are of the same age at first and I kept on calling her 언니 UNTIL I added her on Facebook and I realised that she's a few months younger than me xD OMG! Embarrassing max >< 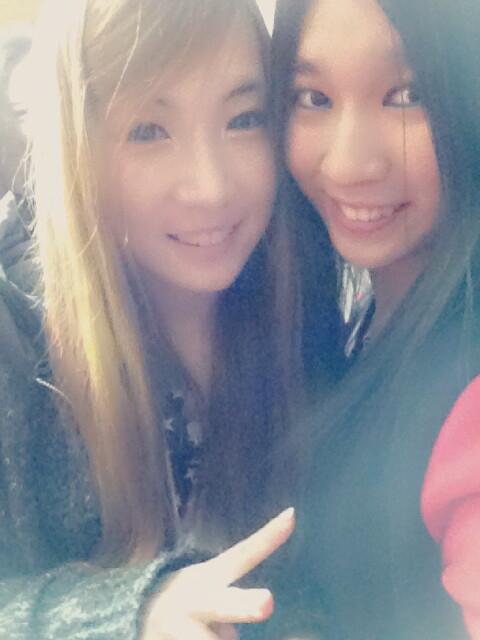 Yanna 姐！First person who I befriended in the dance group. She's like a caring big sister to me. So thankful that on the first day of the dance practice, she's watching out for me and asking me if everything's alright~ I love her so much!


FYI, she is the hot pretty chic in the performance video <3 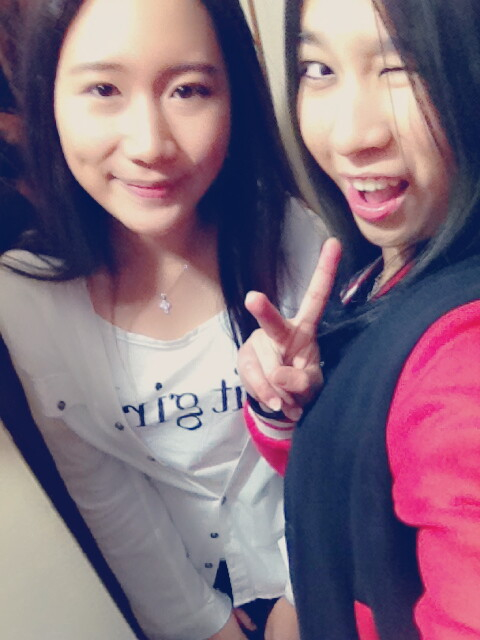 Erica Susanto! Me and her were the only non Korean newbies in the dance group and guess what...this girl can actually understand everything in Korean and she told me she picked up all the words from Korean drama series. I bet she watched LOADS! xD


One thing I regret the most is that I forgot to take photo with our choreographer Chelsea 언니 :/ Chelsea is a very very awesome dancer. She settled everything for us, from choreographing to cutting songs to hair do...EVERYTHING! BIG THANK YOU TO YOU CHELSEA 언니! Thanks for giving me the opportunity to join you guys and also thanks for teaching me and correcting me all the time and also thanks for dealing with my dumbness :p

Also...Thanks to my awesome friends who stayed in the cold and windy night to watch my performance. Especially Alanis and Erica! It's really awesome to know that your BEST-est friends would be there to watch you. Erica already said beforehand that she would be going there as a "proud mother" LOL! And now Alanis finally saw me dance since she said she never saw before and according to her Gangnam Style doesn't count!

Also not forgetting my Jio-ing You Now members! Terry for walking me all the way to Chelsea 언니's place and for filming the video, TJ, Ee Sing and Rebecca!

Wei Chern, you lied to me! You told me that you wouldn't stay for me BUT you actually did! Thank you <3 Touched to the max!

And some other people who I might have forgotten at this moment, but will definitely add you in the list after I remember, THANK YOU! Even you weren't there because of me, also THANK YOU for coming to watch as your support for the KOREAN STUDENT SOCIETY <3 <3

Not forgetting, thanks to Haylie for lending me white colour boyfriend shirt ^^ 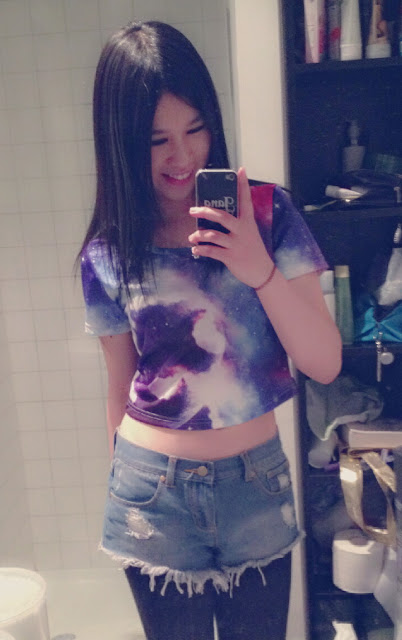 My outfit for the night! 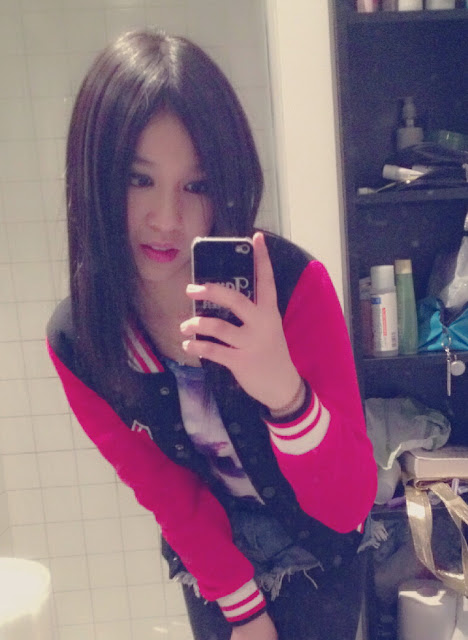 (Although I know that you probably can't see clearly here...Just felt like stating everything :p) 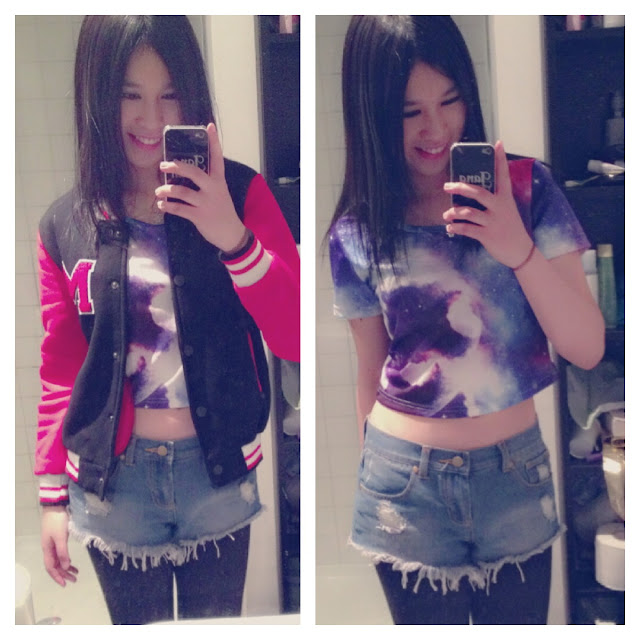 That sums up my outfit and makeup for the night. 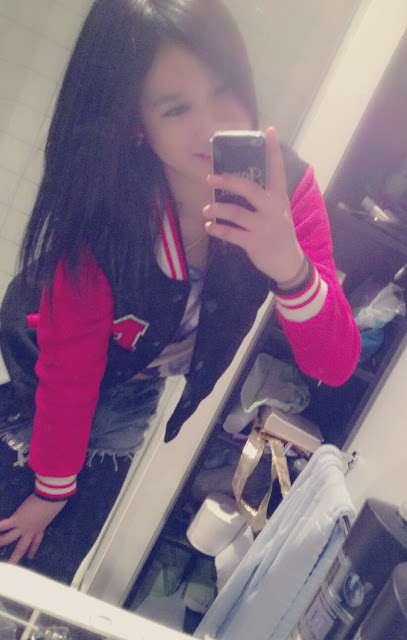 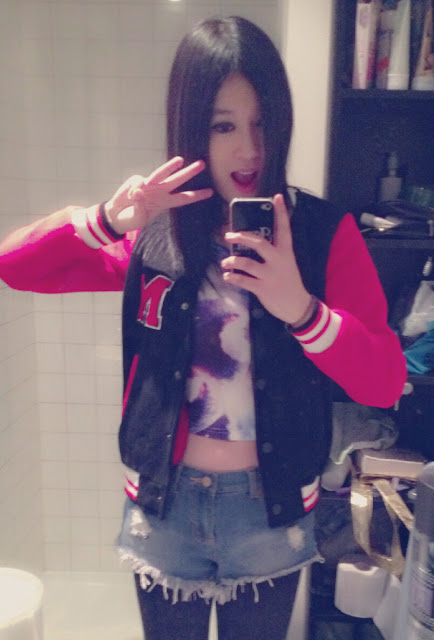 THANKS AGAIN EVERYONE! YU GUYS RAWWK~!!!!