Received a call from my mom last night while I just walked out from the washroom. I thought it was just a random phone call because I wasn't online. However, it wasn't random. It was kinda terrifying. I don't know what kind of adjective to use for now so I'll just stick with that.

What freaked me out was my mom's sentence, "I am not sure if you could still see aunty Y by the time you get back."

SHOOT! That didn't sound like a random phone call anymore. I had a bad feeling about it since I roughly knew what she was talking about. "Her cancer has spreaded to the brain."

I remained silent. I didn't know what to say. Some weird fact about myself is that sometimes when I actually have things to say but don't know how to express, then I will rather keep quiet because I am afraid that I might say the wrong things at the wrong times.

Normally, I don't think kids bother much about their parents' friends' issues right?! Probably just an "oh" and "uh-huh", which are the common responses which the kids give to their parents when it comes to THEIR business. However, for me, it's really different.

I grow up among my mom's friends. My mom has a few close girl friends who were her primary/high school friends back then. Since my mom was a young mother in her twenties, when she went out with her friends, I tagged along as well. Among her friends, there weren't any kids, except for me. So I would be treated like a princess. I still remember there was once out of total randomness my mom and her friends brought me to a game arcade. It was really insane. They played and gained the coupons for me to exchange whatever gifts I wanted to have. Totally pampered me to the max. And also, I used to follow my mom out for meals with her friends and even karaokes. I learnt the 70s and 80s cantonese songs from them and they also tried to learn the taiwan pop songs from me x) All those memories were mesmerizing. Right now, my mom's friends have their own kids and I am not the one to be pampered anymore. In fact, since there's a very large age gap between me and her friends' kids, I am the one who's being the babysitter. Yet, I still love mingling with them.

What I am trying to say is that, even my mom's friends' stuffs matter to me. Back to aunty Y whom I was talking about earlier. She is one of my mom's close friends who I mingle around a lot too. Earlier this year, she went to Korea for some kind of project and I asked her if she could help me buy some earrings online. I actually thought that she most likely wouldn't bother me because it was really troublesome to place an order on website with NO ENGLISH but Hangul. She didn't guarantee me a green light at first but eventually she managed to buy back for me. I was going to return her the money but then she told me that those earrings were for my 18th year old birthday because I was coming to Melbourne. My Jung Yong Hwa's and Jang Keun Suk's earrings, in total 5 pairs were given by her, which I really really really cherish with all my heart.

Seriously, upon hearing my mom told me this incident, I was calm. Too calm until I felt afraid of my own weirdness. And there was the other bad news - my neighbour just found out that she has cancer. Worse still, it's terminal stage and most probably her life span would be just 1 year.

WHAT THE HELL IS GOING ON?!?!?!?!?! Why the freaking hell is everything bad happening to the people I know?!?!?!?! Can't there be any good things?! At least....the very least, give me 1 good thing that is bound to happen or whatsoever.... 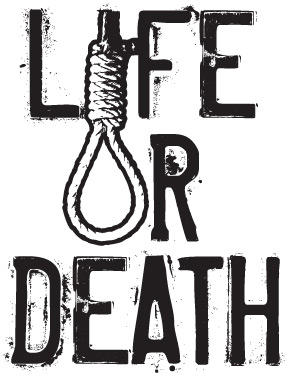 Is fate to be blamed?! Who are we to comment when it comes to facing fate? Life, Death are some parts of nature. Eventually everyone's life will come to a fullstop. We all know that, but isn't it a major eye sore when right in front of your eyes you see living their lives happily and healthily somehow got a disease and they are told that their remaining life span can be counted off in a hand?! These people's fullstops jump out from the middle of nowhere don't they?! Put it this way then, personally to me, these fullstops are like bird shits. It sounds gross and nonsensical if you read those 2 words, but indeed, they really are like bird shits. Let your imagination run...put yourself into this kind of scene: a beautiful morning, the sun is shining, there's breeze blowing and the flowers are blooming, you are taking a stroll in the park with your beloved puppy, enjoying the music coming out from your headphones and looking at the little children fooling around. SUDDENLY...there's a splat. "PLAT!" (sound effect!) The splat landed on your cheek. Smells hellish and feels slimly, wet and warm. BIRD SHIT! Screw it!

Now you get what I mean? o.O When everything seems so perfect in a nice morning then there's this bird shit which is ruining every single thing in just a second.


I used to think a lot about this topic but every single time I ended up making myself miserable and the answer which I am desperately searching for is never attainable. So I gave up on this and never wanted to think about it. Until now..........I can't help it.

Humans are so helpless when it comes to challenging fate. We can never ever predict what is lying in the future waiting to ambush us aggressively. We humans might be the most "high class" organism living on this planet. Yet, when it comes to fate, we are nobody. We are as vulnerable as a speck a dust. With a tiny blow, we are going to vanish. The power of fate is apparent in this particular situation. A baby was born in Africa but was starved to death after 1 day. Perhaps you could say that the problem was caused by the parents. But standing in the baby's shoes...do you think he got to choose which parents he want? Did he choose he didn't wanna originate from that particular sperm which carries the certain genetic codes? NO of course....everything is fated for him. And if 2012 was going to be real, can you do anything about it?! There's no way to run....no way to escape, death is what you are going to face. The one and only thing. No choices can be made. No opportunity cost is present. There's no 'agree' and 'disagree' but only an 'accept' button. 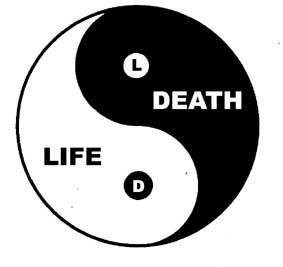 Is this what live is all about?! You leave everything to fate? Undoubtedly, fate is really controlling life and death, but to me, it's only under certain circumstances. Like those people who live healthily yet they get illness which can't be cured, under that situation, there's nothing to be said, the only thing is to accept the fact and keep on living life day by day, enjoying it to the fullest. On the other hand, say a serious smoker who smokes 5 packets of cigarettes a day, drug addicts injecting a bunch of hazardous chemicals into their blood vessels, people who suffer from aids because they sleep around mindlessly..........Can these people complain? Yeah of course they have mouths, duh! But we outsiders KNEW the consequences that they are bound to face when they were doing those kind of stuffs idiotically. Fate CANNOT be blamed for this. Agree? I will reward them with 3 big words "IN YOUR FACE!"

We don't know how long our life spans are. Some of us have 100 years, some 80 years, some 70, some 20, and some even only a day. I have lived for 18 years and 2 months (EXACTLY 2 months from my birthday). How many more years do I have?! I don't know and I would never ever know. I suppose it's human nature to procrastinate, right?! Say, there's an assignment which is due in a month's time, majority of the people wouldn't go back home and plunge themselves working on it; when in a day's time, everyone will start working immediately. And I somehow find this resembling with humans' attitude dealing with life. If someone happened to find out that they only have 1 year to live, do you think they would procrastinate anymore? It is obvious that they will try to fulfill whatever dreams that haven't fulfilled if they are still capable of doing that. Of course, there are people who will become lifeless because they are preparing themselves to go into their coffins by just counting the days left on the wall calender.

From this incident I realised that we humans shouldn't procrastinate. Don't say something like "I'll leave it until next year", "I will settle that after I get marry", "I will do that after 2 months" or whatsover. You never know if those days would even come to you. Life is unpredictable. Live life to the fullest. Life is about fulfilling the dreams. 人因梦想而伟大, I do believe in that. Before we step foot into our grave, make sure you don't bring any regrets with you. Whatever you want to do now, if it's not something bad, then just go with it, without looking back. Don't take the path and doubt yourself halfway and wishing to turnback. Take the route and continue it, making the best out of it.

This is life. We can't challenge fate, but we have the ability to live it to the fullest.

Yes, what I need to do now, I am clear about it.....That's why I am ending this long winded post here. I have things to finish off.....
Labels: The Scribbles