Back in 2009, when I fell in love with Michael Jackson, I started to have a major girl crush on his blonde guitarist Orianthi.

Back then I was 15, I told my mom I wanted to play guitar because of her and the rest was just history. In fact, I even wrote a series of blog posts dedicated to my guitar goddess ► PART 1, PART 2, PART 3, PART 4

The last time I attended Orianthi's concert was back in 2010. Believe it or not, I actually convinced my mom to let me fake an illness to skip an exam in high school just to attend Orianthi's concert :P Yes, my gumption led me to achieving my dreams of watching Orianthi live!


Fast forward years later, I finally got another chance to watch Orianthi's concert again. This time, she partnered with her boyfriend Richie Sambora (who used to be the guitarist from the Bon Jovi band) under the name of RSO.

The BTS story behind this was actually really random. One day I was shopping with Chernie at Emporium and then just as we stepped out from the escalator, the advertisement board in front of us changed a display. For the split second, I was thinking "who's this blonde girl that resembles Orianthi so much" and I looked down at the printed words and started going gaga!!!! 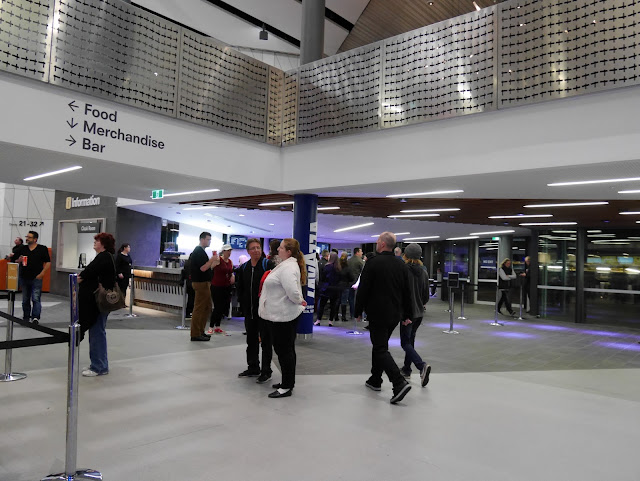 The concert was held on the 27 of September, on a Tuesday night @ Margaret Court Arena. Thanks Patrick for accompanying me for the night - it's really rare to find someone who talks about guitarist with me! 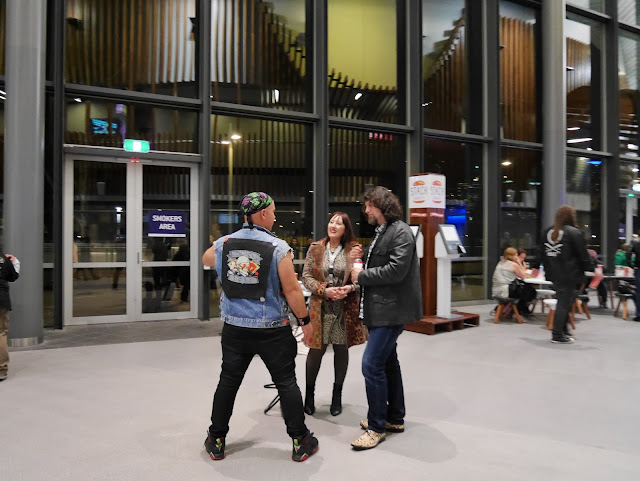 #OOTN on point for a rock concert! 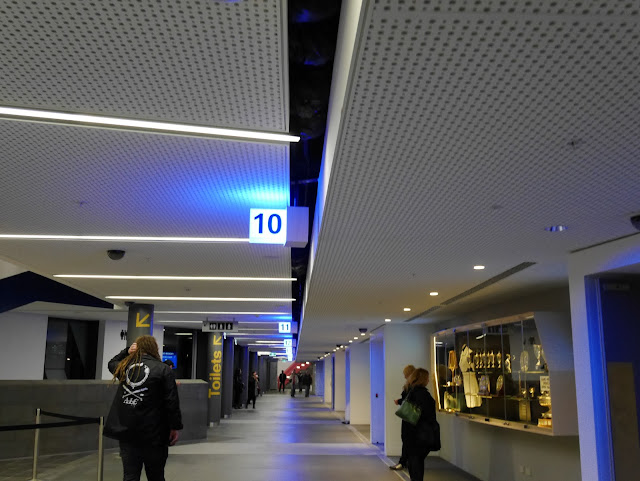 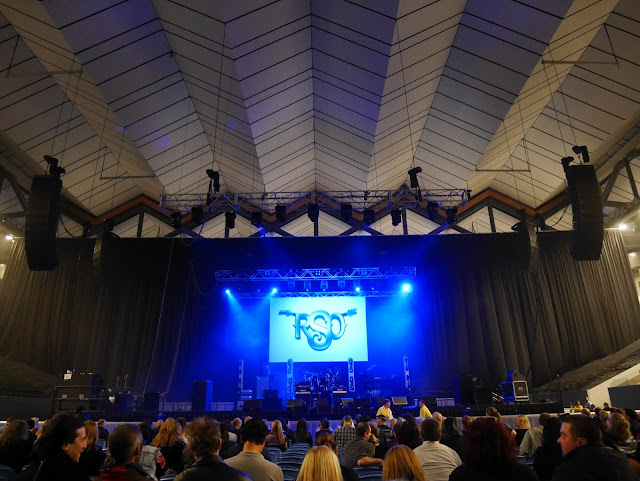 It took us lots of running and rushing to get here and luckily we made it on time.

Honestly speaking, I swear to god I will NEVER EVER buy non-VIP concert tickets anymore! It's too far away from the stage and I was too short to be able to see things beyond people's head!

Lesson learnt: When it comes to concert tickets, go expensive and go to the front rows or stay home! 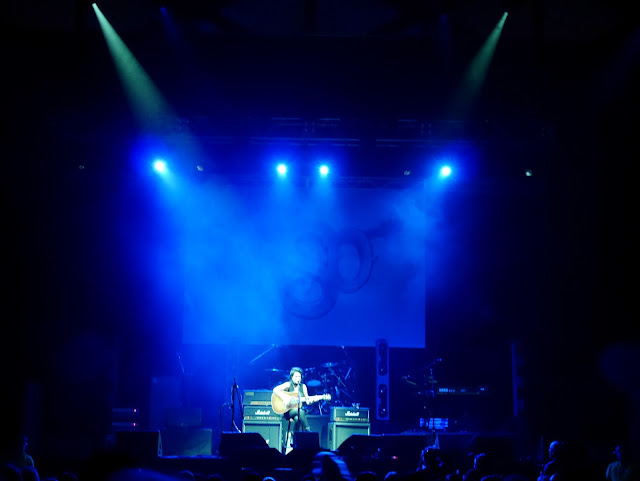 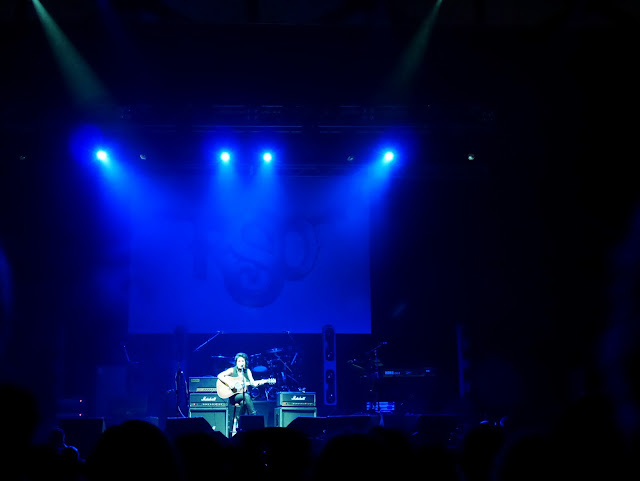 Guest singer was an Aussie singer 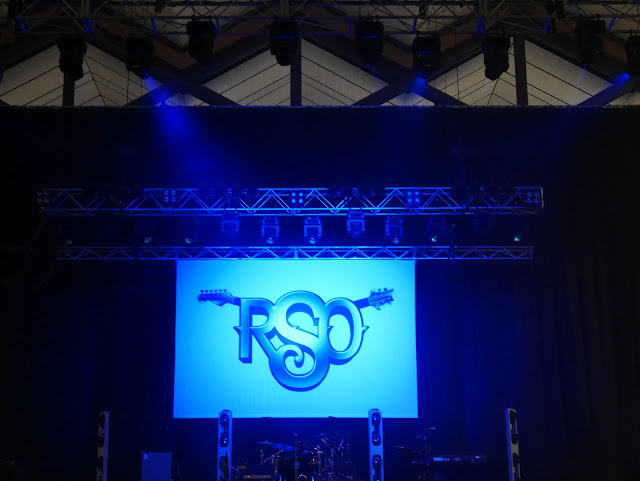 The joy killing part was that we had an hour's interval between the guest singer's performance and the real performance of Orianthi & Richie. What a bummer! I sat there and ate all of the cookies that I had with me in my bag >< 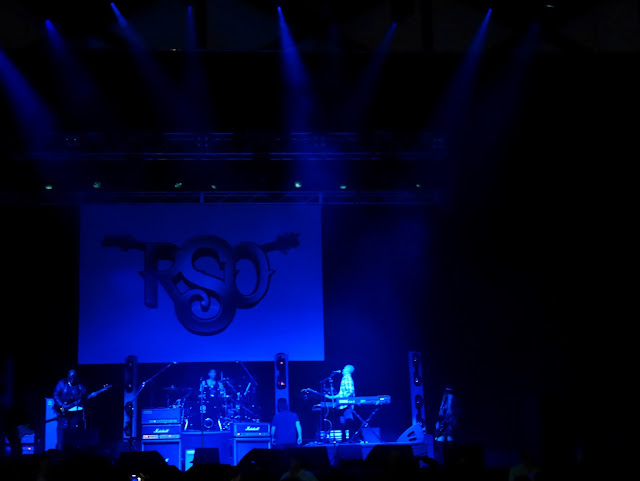 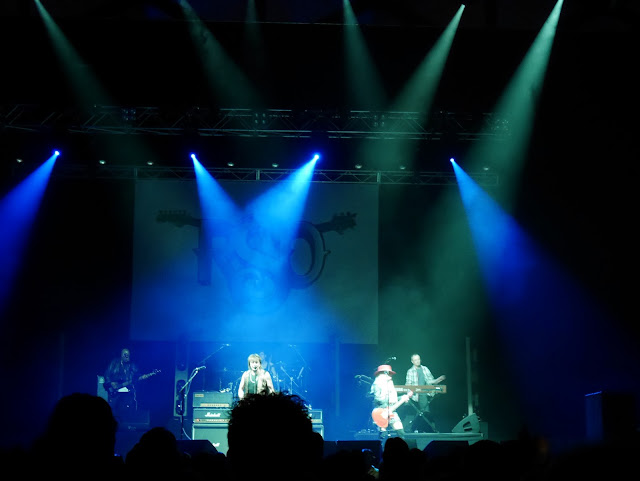 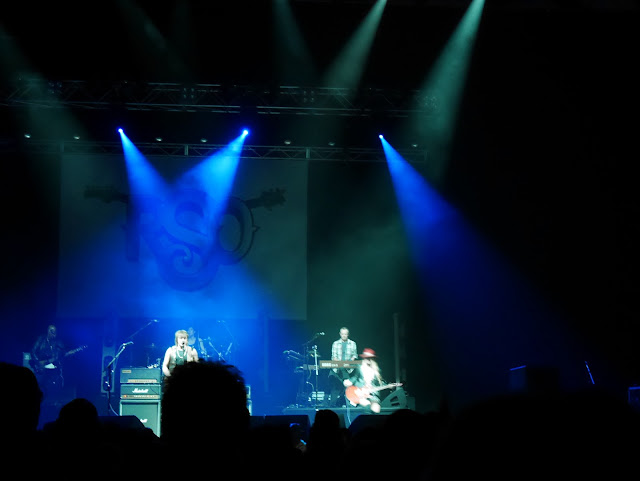 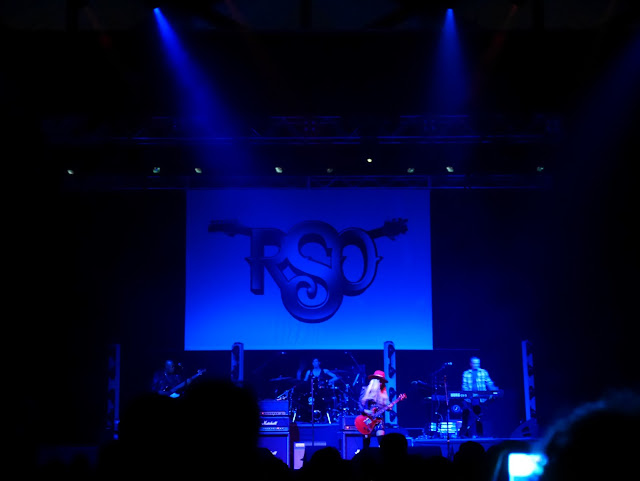 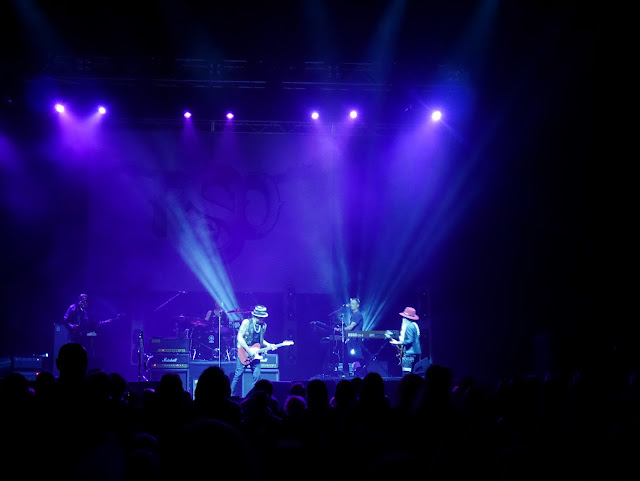 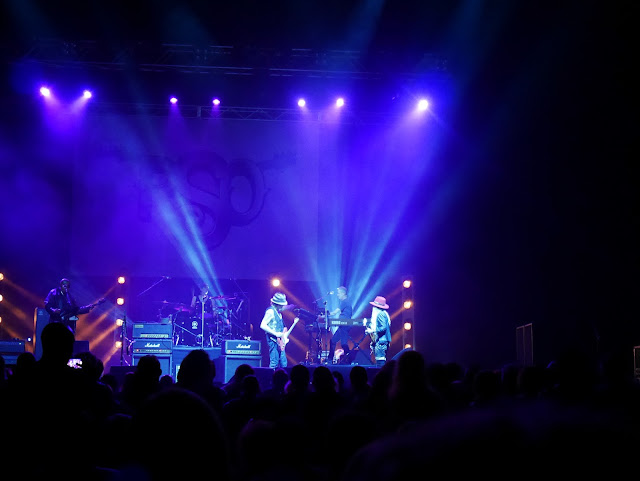 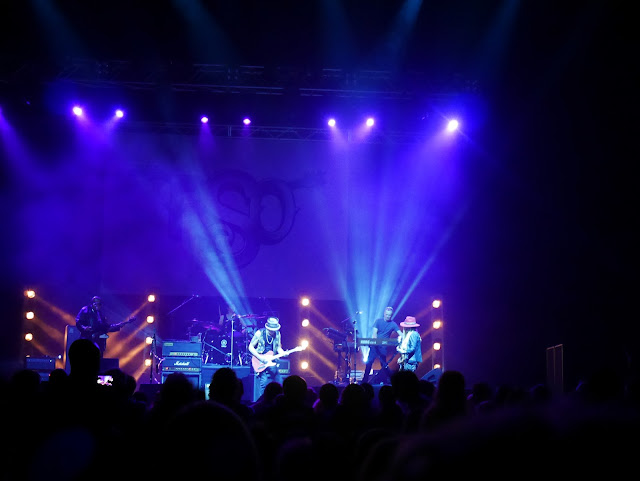 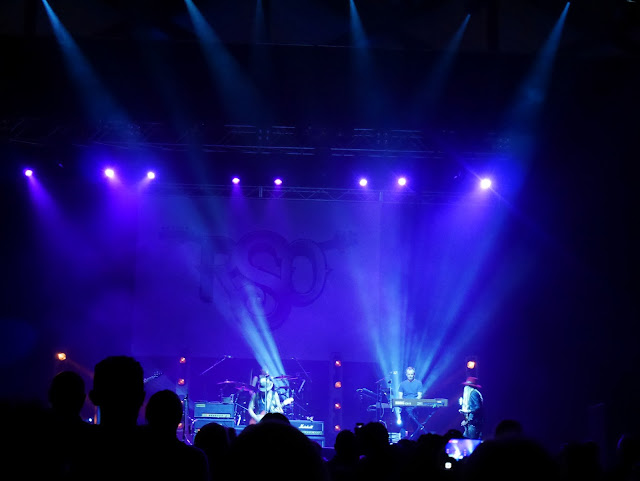 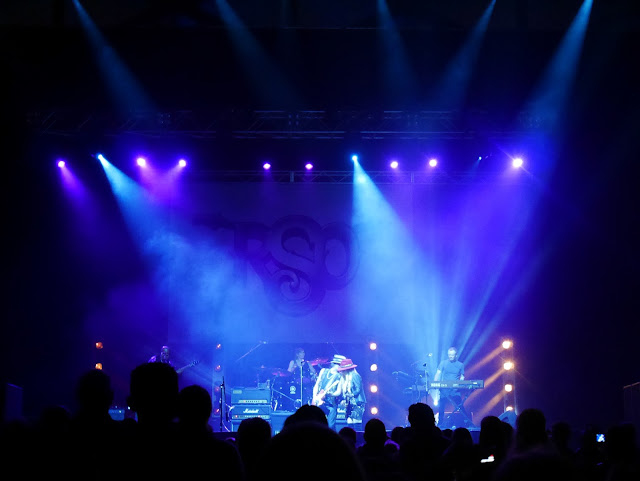 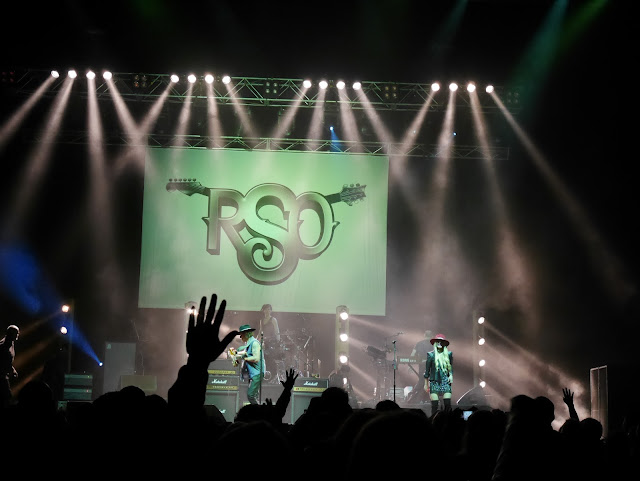 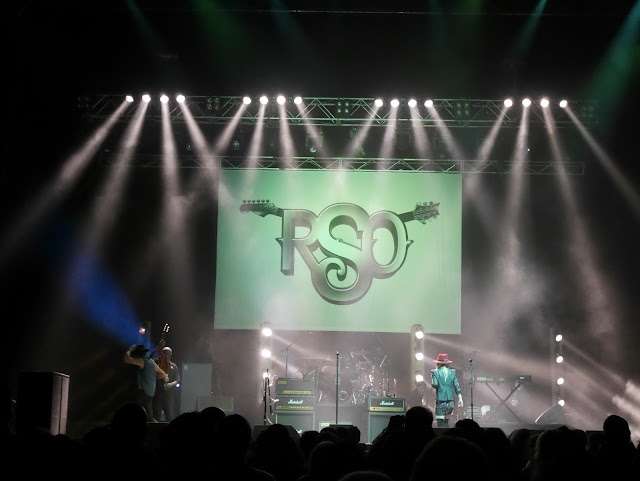 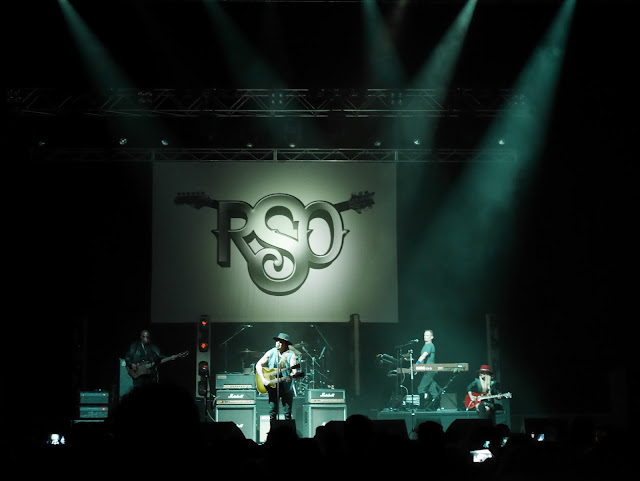 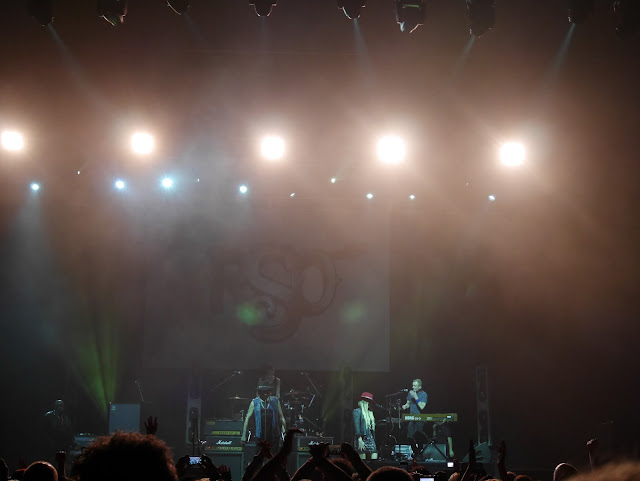 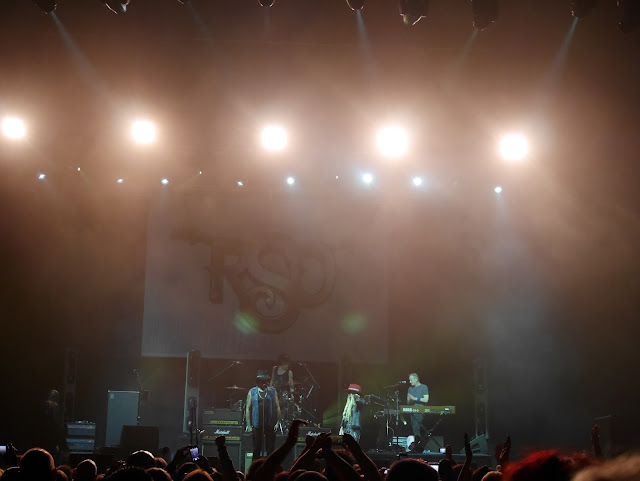 Orianthi and Richie performed for nearly 1.5 hours. They did covers and my favourite parts of the night would definitely be the moments when Orianthi sang her solo album songs! Those songs really brought back lots of memories ♥

Can't wait for Orianthi's new albums again! Wonder when will I get to see her again!
Labels: Idols / Music Travel/Adventure Bug