HEY MY UNICORNS!! I'm back!! Exams ended a week ago!! I survived but I'm not too sure about my papers though...still constantly praying to God that I can pass ALL OF THEM!

I didn't have much motivation to do anything major apart from lazing around at home. The only productive thing I did was going to work haha :p (don't get me wrong I LOVE MY JOB, not whining here by any means)

Eating brunch is becoming a trendy trend that is trending now. Perhaps it's more like THE IN THING compare to clubbing, which to me, the ultimate good girl in hiding, is actually a good thing :p

Last Sunday, Erica, Alanis and I decided to have brunch together since we hadn't met up in a group for nearly 2 months!!! We used to see each other every single day last time :'( Alanis said that she heard about a famous brunch place at Brunswick called Hammer & Tong, so we went all the way there!

Waited for nearly 20 minutes in the cold wind to get seated because the place was so crowded and it's pretty small. To some extent, I don't even consider that as brunch already, thanks to my babe Alanis, we arrived there at 2.30pm == That's literally late lunch >< BOO! However, there was still hell lots of people T__T 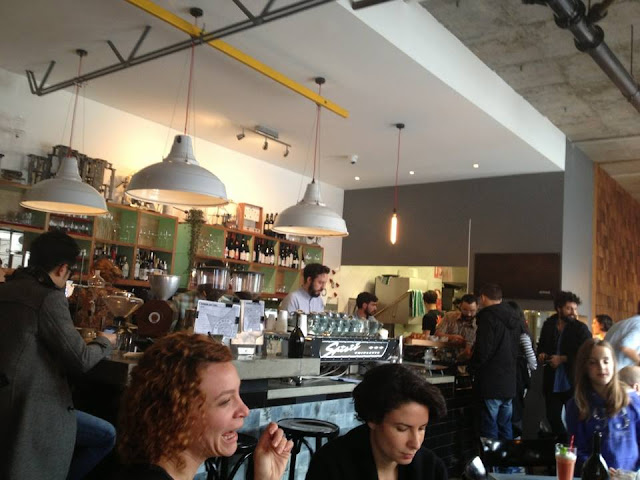 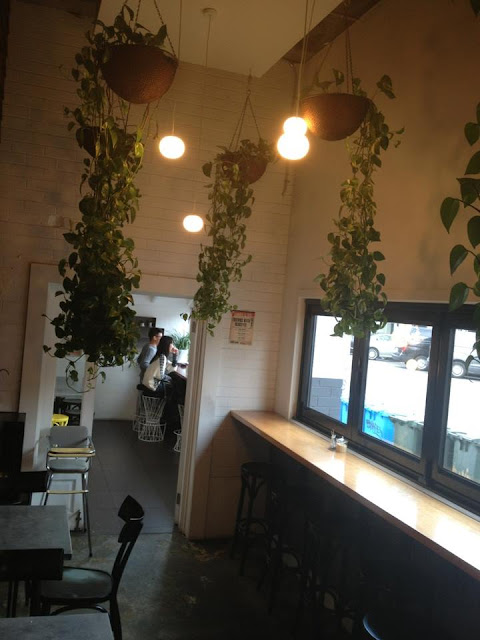 The interior of the shop. 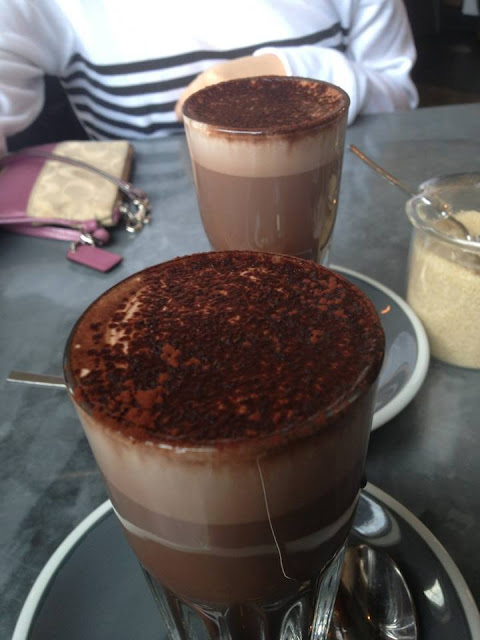 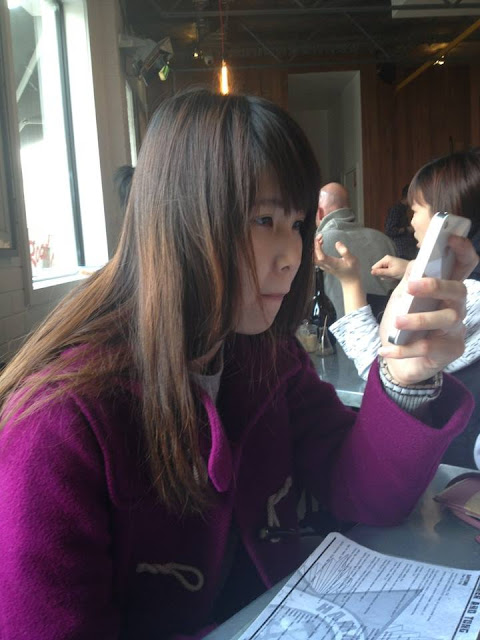 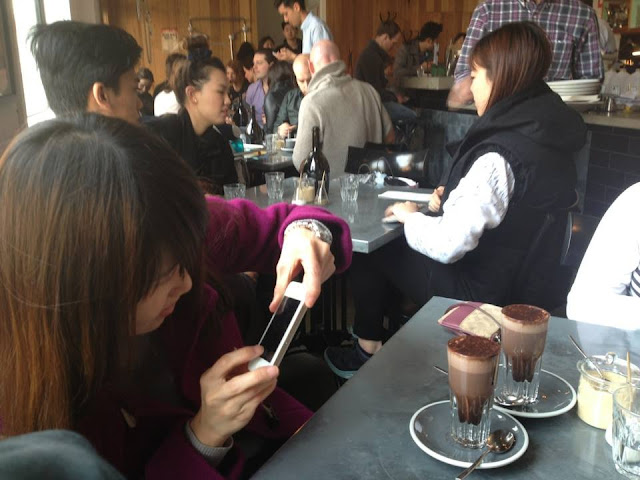 There's my babe in action HAHA

I took a sip from Alanis's glass, and I was quite thankful that I didn't order it because I think I can make a better one at work myself ;) 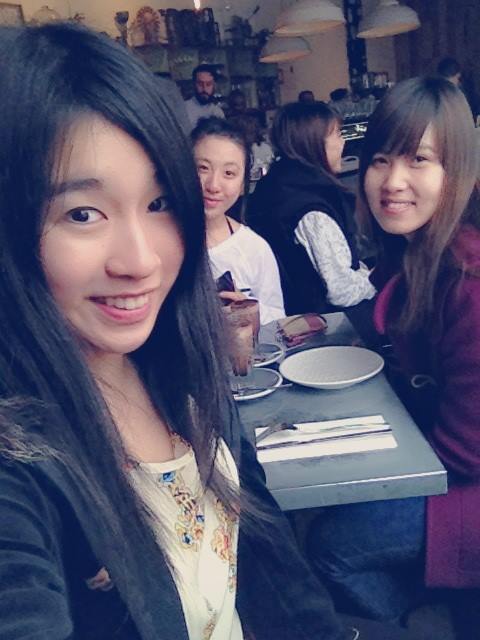 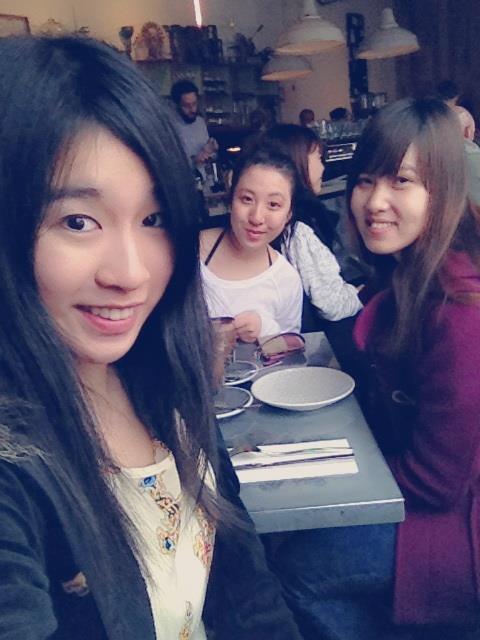 Our food took quite some time to be served :/ That's why we decided to take selfies first. 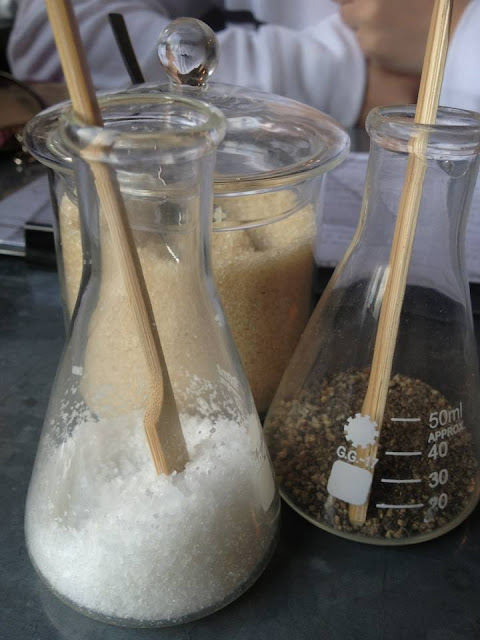 I found these flasks really cute. Maybe I should do the same at my home too xD 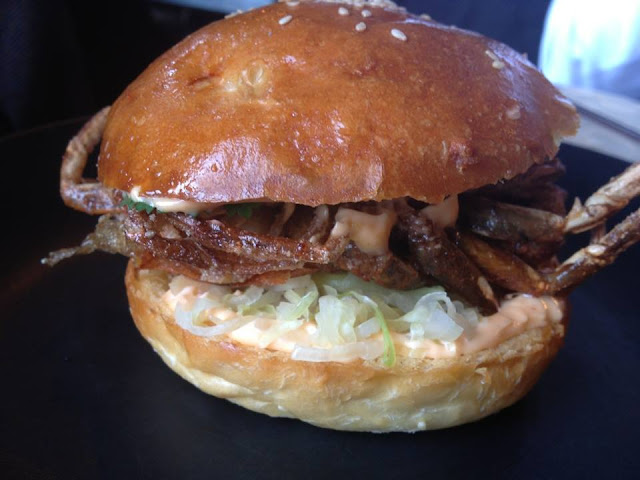 The soft shell crab burger~ This is what Hammer & Tong is famous for. I seriously love this to the max. Unlike those beef or pork or chicken or fish burgers, this is a really nice twist.

12 dollars for a burger? Honestly I did NOT regret this! A must try if you are at Hammer & Tong! 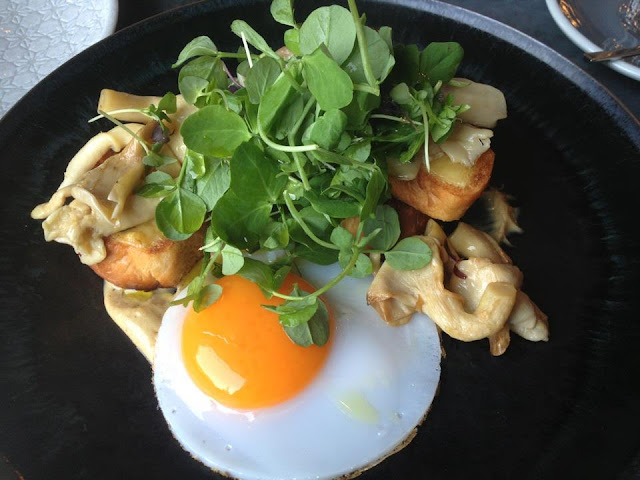 Some duck egg with oyster sauce mushroom and garlic bread thing...I can't exactly remember the name. 18 dollars. Both Alanis and I thought that it was pretty much a rip off because the duck egg tasted exactly like normal chicken eggs. Tiny pieces of garlic bread with the mushrooms, but the mushrooms were cold with the sauce and it made it pretty disgusting once you've ate more than 2 bites. 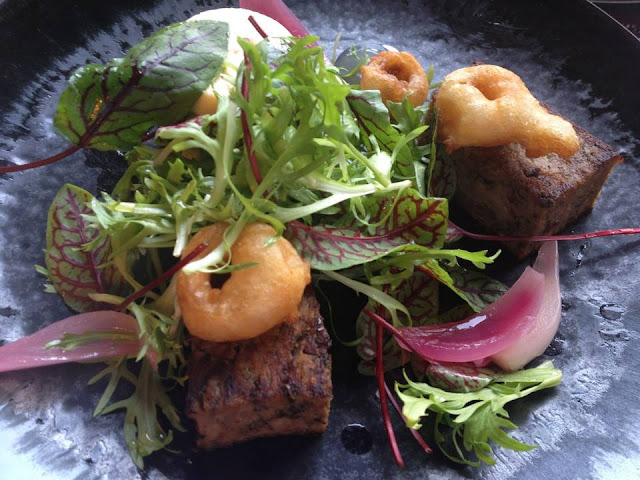 Nevertheless, thanks to Hammer & Tong, I made my virgin trip to Fitzroy. Could've walked there from my house though...it wasn't that far away. Shouldn't have wasted the 5 dollars on tram >< Felt like an idiot! 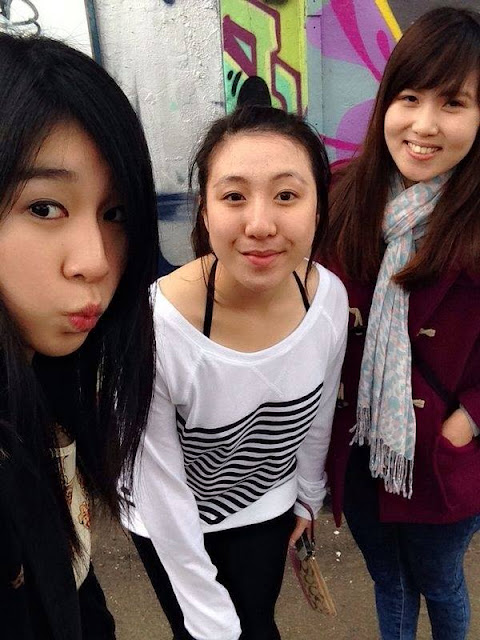 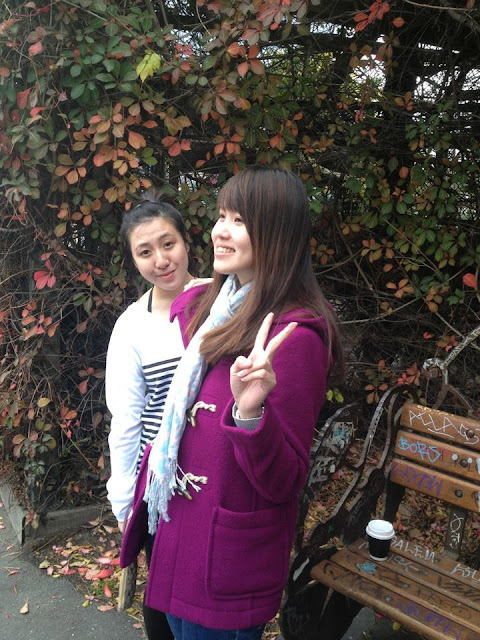 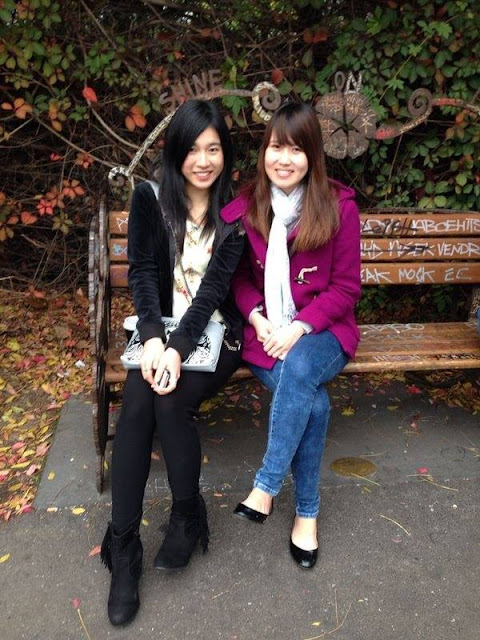 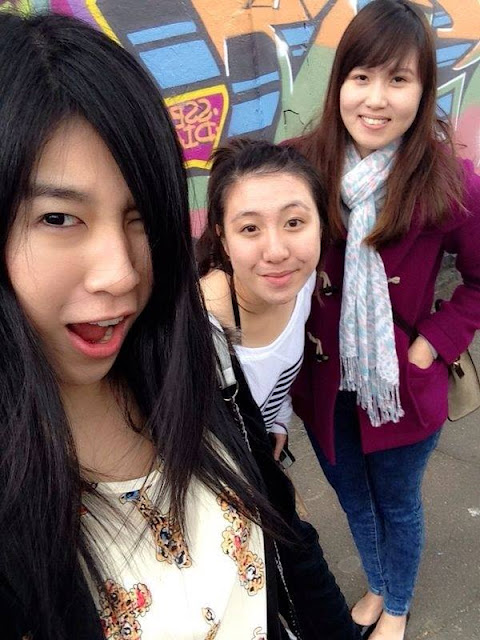 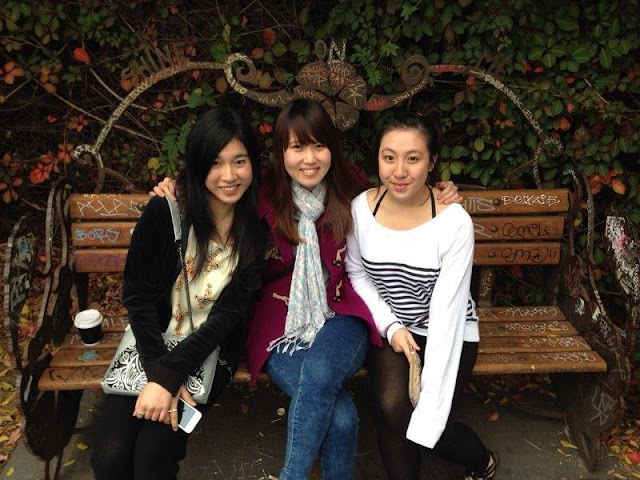 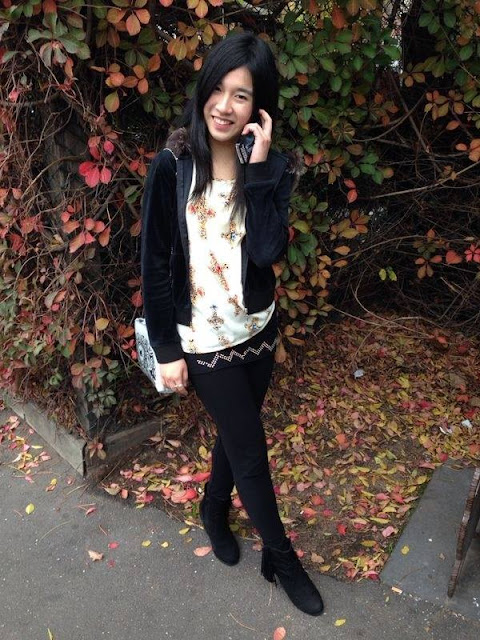 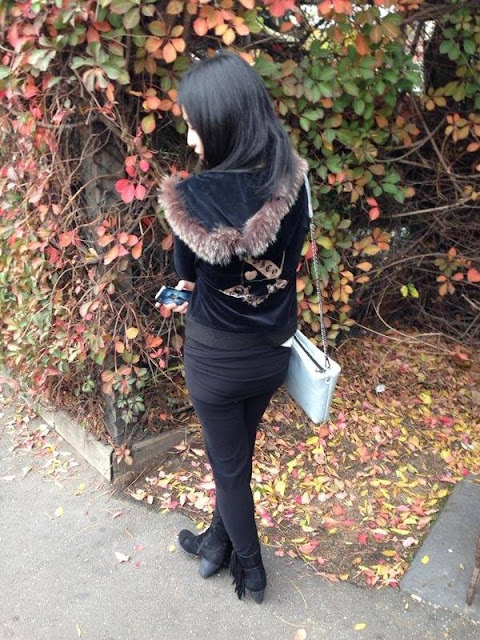 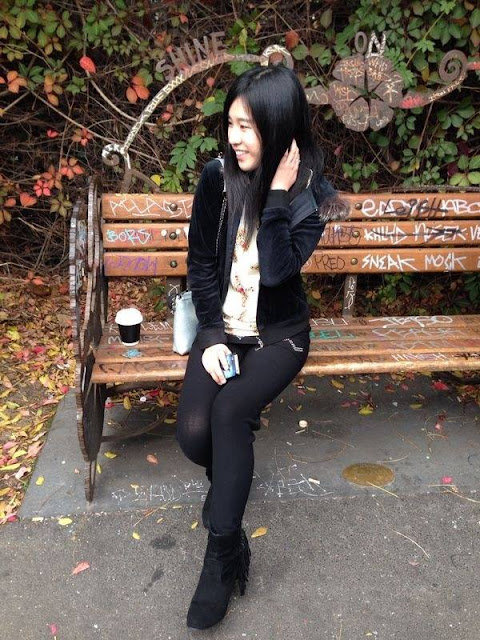 Ending this blog post with my #ootd shots taken by Alanis.

That's the end for today. I promise I will blog more frequently to make up for my MIA month HAHA :p

ps: I just realized Hammer & Tong has the same birth date as me! haha! 12th of February!