I am having my semester break right now, so coincidentally that my mom's friends are in Melbourne, I spent some time to sleepover at their house and "exploit" their unlimited wifi! And also they will cook Malaysia food for me >< HAHA!

You guys know how crazy I am about K Pop right? Because of K Pop, my obsession for eyeliners are getting more and more serious every single day. Mad love the inventor of eyeliner :p Despite the fact that there are zillions of ways to draw eyeliners, I typically love Jang Keun Suk and Christina Grimmie's eyeliner. Simple and nice! Another reason to explain why I don't have massive makeup collections, I only have 2 black and 1 silver eyeliners, 1 black eyeshadow and 1 concealer. FULLSTOP~ 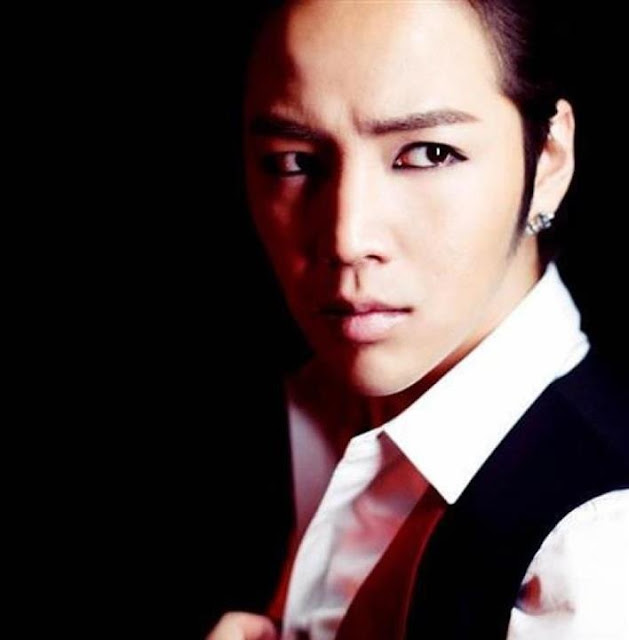 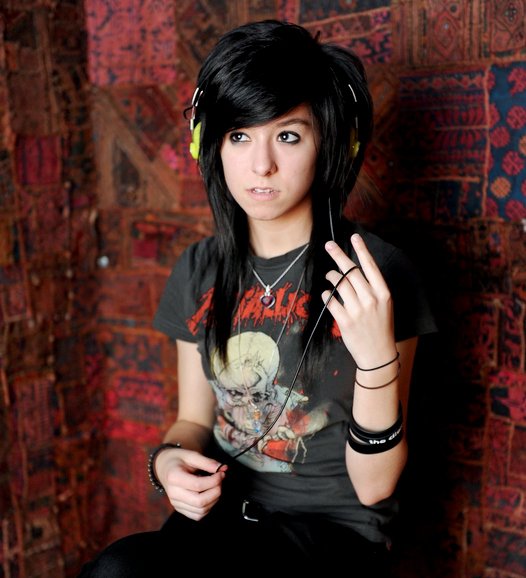 One weird thing that my friends always tell me is that ---> I look like Jang Keun Suk in some ways. Especially when I tie up my hair and put on black eyeliner. I guess that is why I love eyeliner more than ever xD

This morning, while I was putting up my eyeliner in front of the mirror, my friend, Aldred (A GUY) came into my room and he suddenly said that he felt like trying it out. Initially I thought that he was just joking, and I went to challenge him. I told him that guys with eyeliners look very dazzling as their eyes seem to give a mysterious feel. Heck! I never thought that he was serious about that, and in the end I really drew a LITTLE line for him, and he even went out for shopping with that eyeliner on =='' 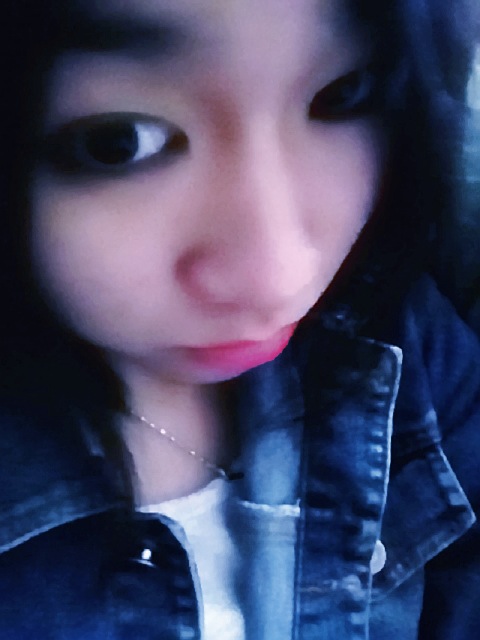 Today's makeup, taken when I was waiting to get into the car :p 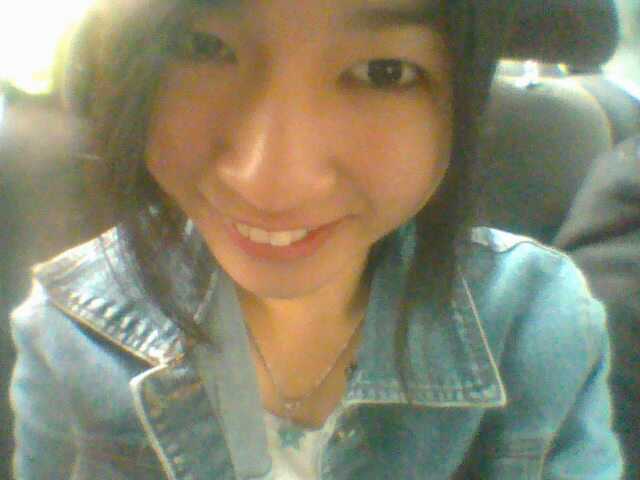 Tonight's dinner was steamboat, so we went out to buy the ingredients. I had never been to Boxhill before. It's a place full of Chinese migrants. So generally the place was full of Asians. It's like going to the market to buy veges but the place's a hundred times cleaner than the markets in Malaysia :p 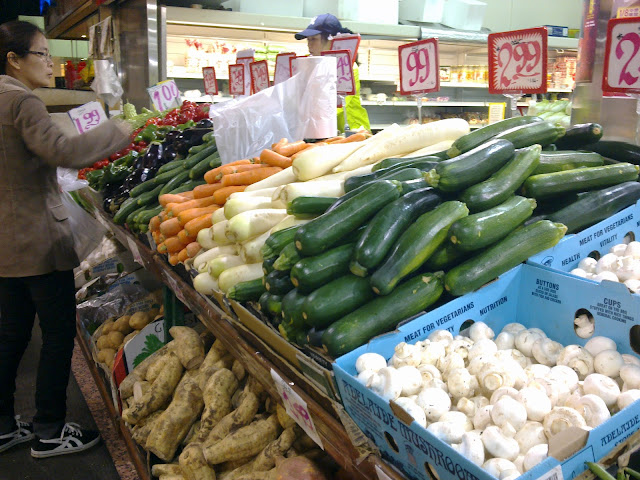 Damn lame, I know, selca in the market place. A weird uncle was starring at me with that I-can't-believe-you-are-doing-such-thing look x) 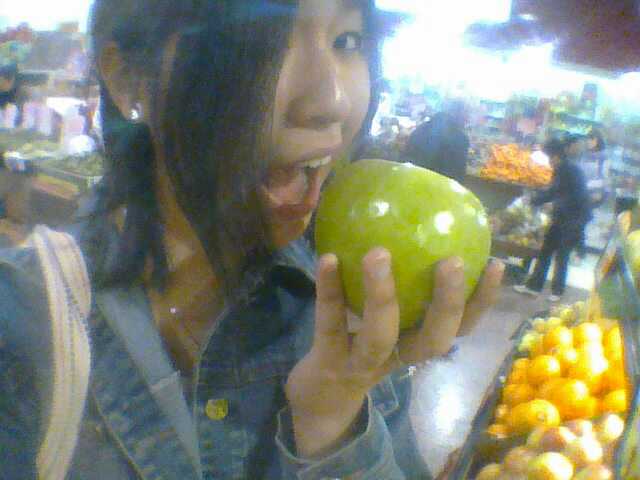 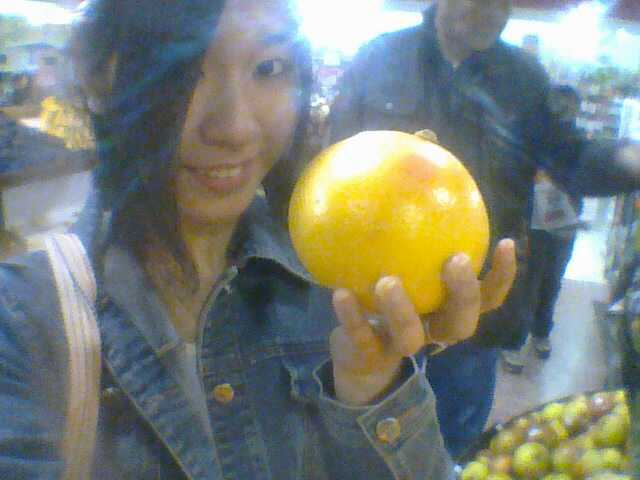 Gigantic Orange! Wonder if these fruits have genetic mutations or what...why yu so BIG?! 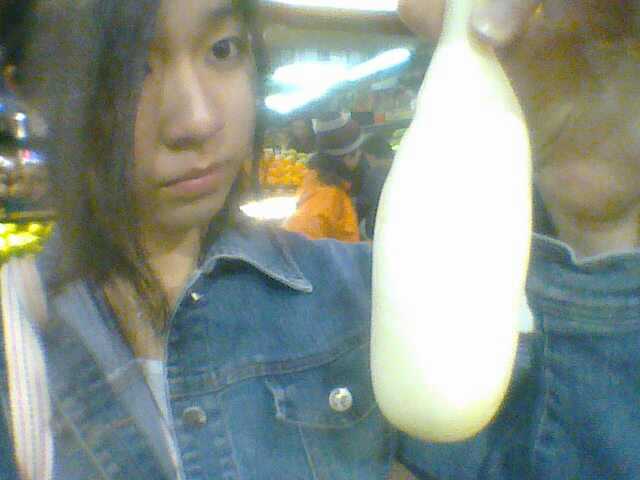 After buying all the things then we went back to the house to do the preparations. Aldred's friend, Yang, came over as well and Aldred challenged Yang to put on eyeliner as well *smack head* I wonder what hit them today :/ 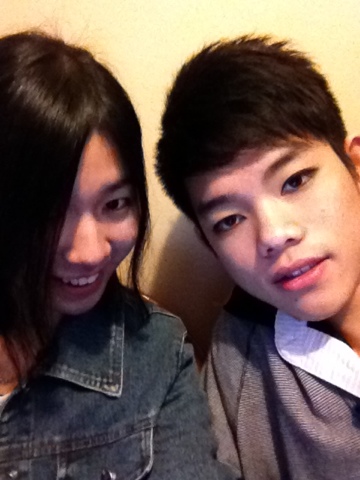 Eventually both of them really did put on eyeliner, but that super duper crazy Aldred snatched my eyeliner and drew thicker lines at the bottom part of the eye and he immediately turned into a PANDA bear! :3 I was 75% satisfied with the eyeliner that I drew on Yang because it's my very first time to draw for somebody else and I just started learning how to draw eyeliner, like seriously, since April. So the outcome for a beginner is quite acceptable, IMO. 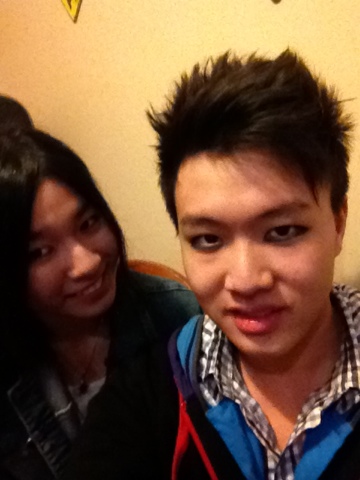 As I said, Aldred drew the final so-called "touch up" himself, so I was screaming my head off. Just in case you find the makeup looking effing awful, I am here to clarify that it's NOT by me. LOL! 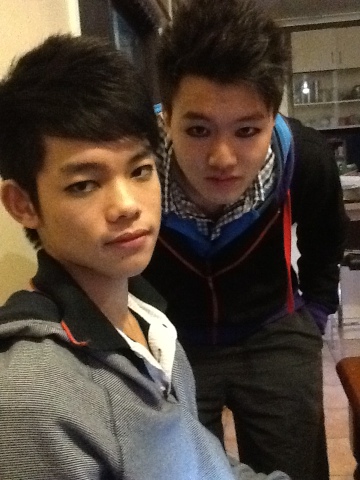 Two guys thinking that they are as dazzling as K Pop stars.... *I'm speechless* 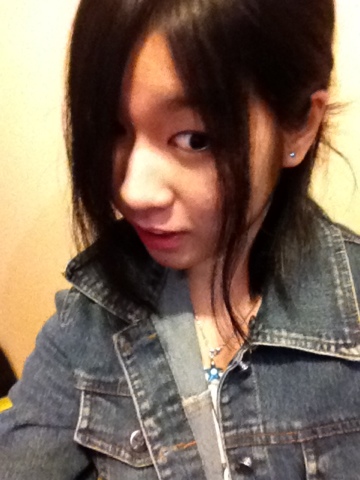 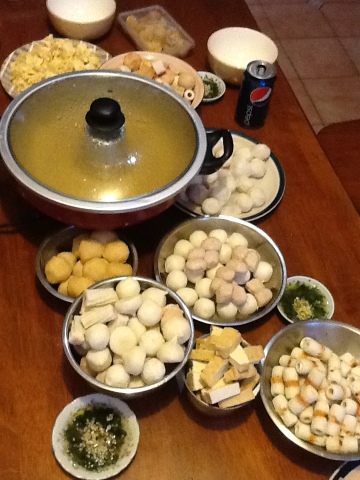 Dinner's ready! WHEE!
Seriously, the dinner itself was very delicious and I really miss the feeling of eating steamboat with various types of fishballs, meatballs and etc. HOWEVER, sitting by the dining table was one of the most awkward situations EVER. Total 7 of us and there were 2 pairs of couples. Sitting there hugging, kissing, feeding each other IN THE MIDDLE OF STEAMBOAT, omg....it's super awkward. The worst thing for me was that there were 3 people who I didn't know at all. So throughout the dinner, I was TRYing to merely focus on my food as hard as I could. After I got full, I quickly sneaked into the room and then here I am, typing this post ^^

A super random and nonsensical day, but I guess this is the meaning of being young and energetic, isn't it? ><