Encore Melaka - A Must Visit When in Melaka

Last week, my family and I made an impromptu trip down to Perak and Melaka for a 3-day family trip. All thanks to this trip, I got the chance to collaborate with Encore Melaka.

It's a very memorable experience for me because this is the first time I had to travel so far for a blog collaboration since the Althea Korea X The Butterfly Project Christmas party in 2018. 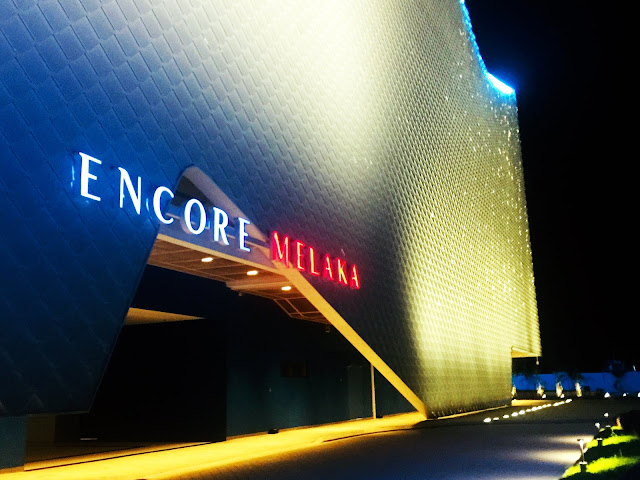 For those who have never heard of Encore Melaka, here's a little background information:

Encore Melaka is a 75-minute theatre performance / cultural show that tells the historical stories of Melaka through the art of song and dance which will leave you awe-struck. The 3 main languages of Malaysia (Malay, English and Chinese) are used in the narration throughout the show.

Trust me when I used the word "awe-struck" because I'm not someone who's easily impressed generally but Encore Melaka did blow my mind! Keep reading and you'd know why. 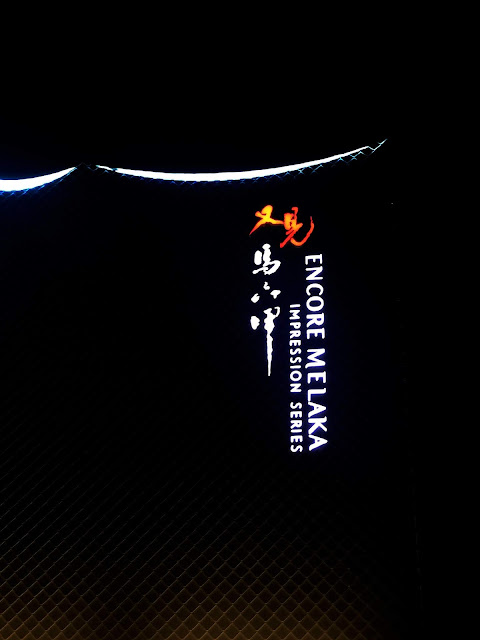 Delightfully situated on the seafront of the Straits of Melaka (Selat Melaka), the building of Encore Melaka itself is a contemporary landmark of Melaka. 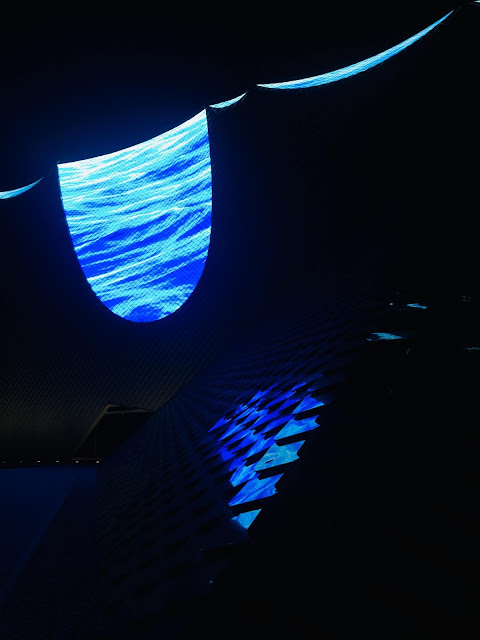 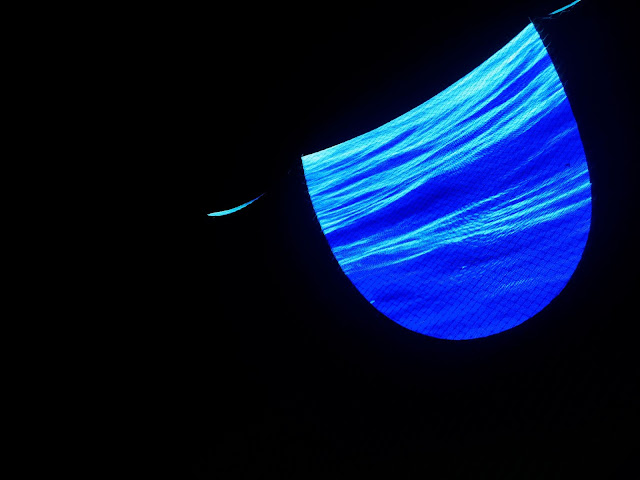 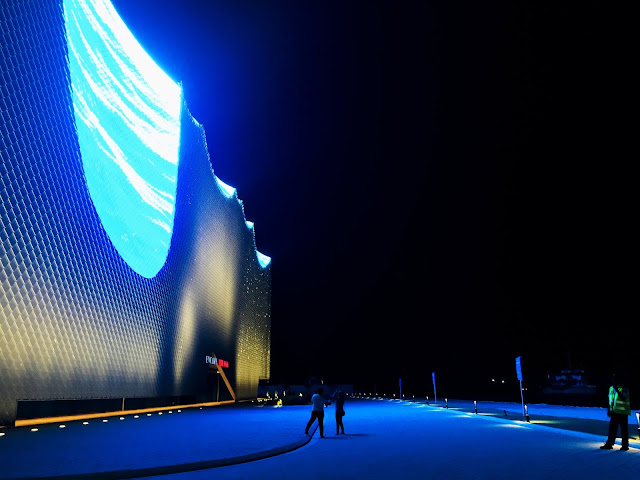 Its geometric roof that has concave arcs made out of thousands of fish scale-like LED panels is my favourite feature of the entire building.

The blue LED light that shines into the dark sky of the Melaka is just breathtaking! 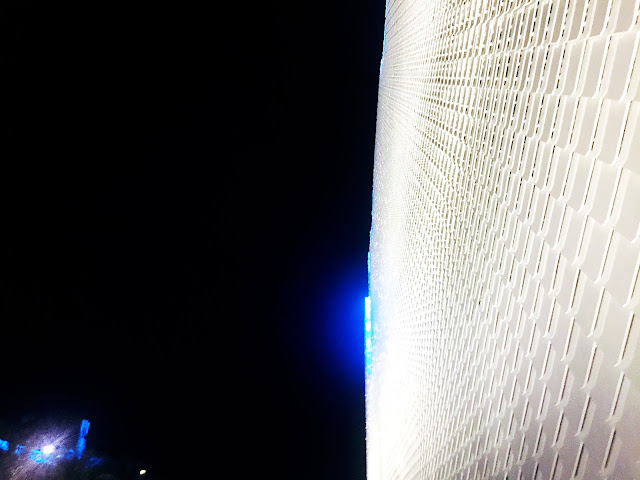 The theatre is covered in blue and white as these colours symbolize purity and eternity. 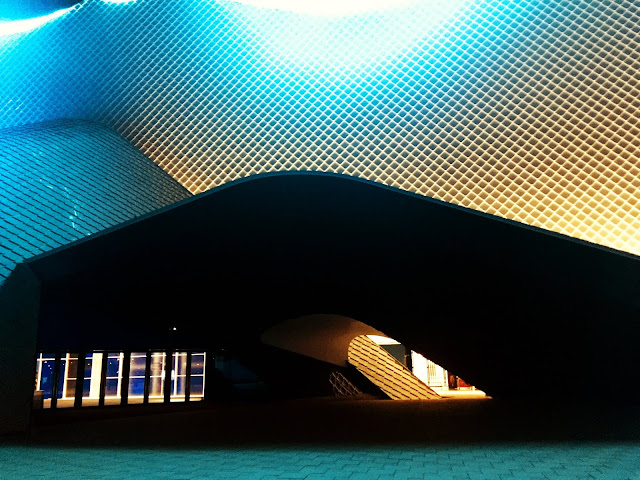 The simplicity (yet futuristic IMO) of Encore Melaka theatre reflects the unpretentious society inviting the world to the compelling story of Melaka. 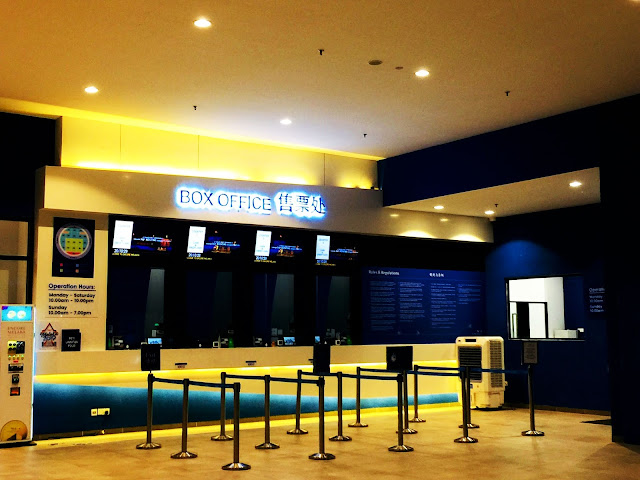 Audience are welcomed by an organic canopy entrance leading to a blue foyer.

There's a connecting escalator that leads you from the multi-level car park directly to the box office. 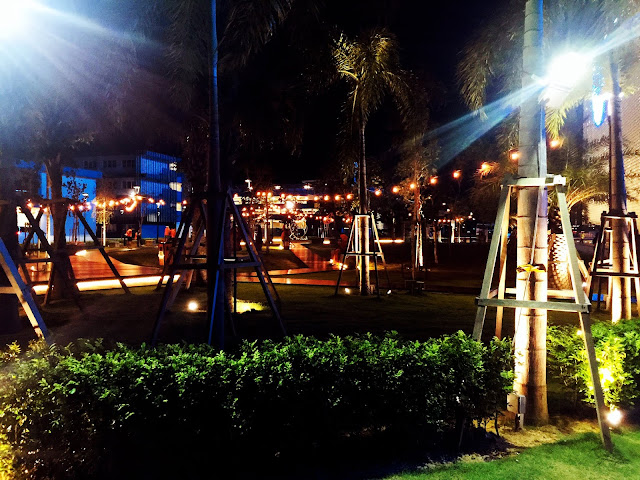 There's a mini garden/park outside of the theatre. If you were to come in the evening, this would be a perfect spot to take Instaworthy photos and enjoy the sunset. 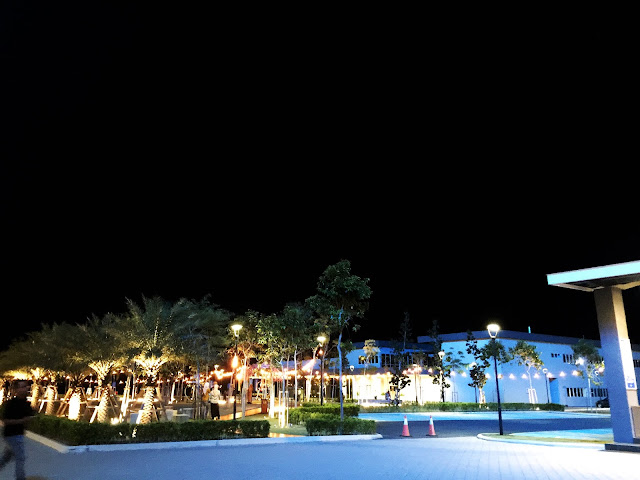 As you could tell from my photos, everything's just too dark. Nevertheless, since I'm more of a fan of the night time, so it didn't really bother me. 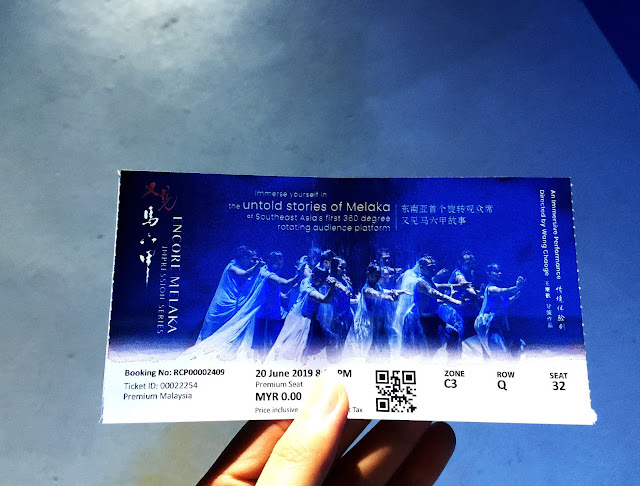 Click here for more details on ticketing. For MyKad Holders, you do get a small discount - perks of being a Malaysian!

Also, do check out the promotion page (here) to not miss out on any good deals. When I was there, I purchased 2 more tickets for my grandparents out of my own pocket - for half price!!! 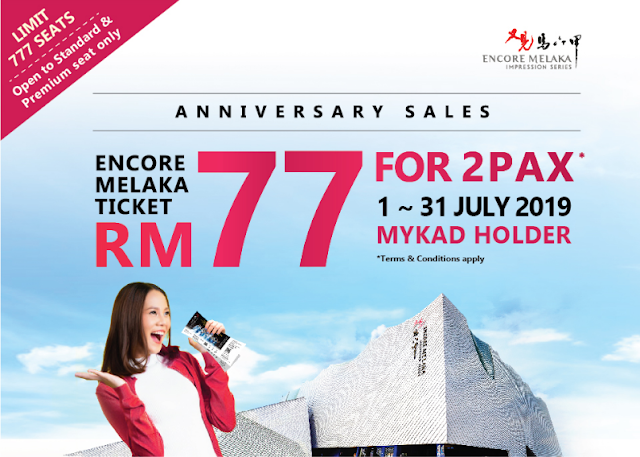 For the month of July, in conjunction with Encore Melaka's 1st anniversary, you could get 2 premium seats at only RM77! That's such a steal! 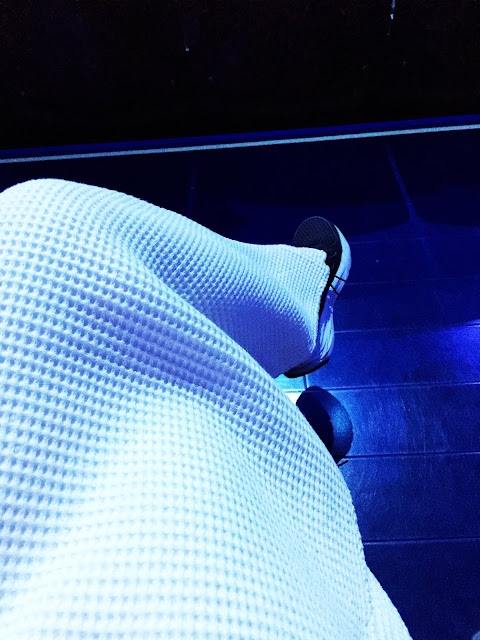 I gotta give a huge appreciation shoutout to the staff members of Encore Melaka:

As I was wearing a sleeveless dress that night, they offered to me a blanket before I entered the theatre in case I would feel cold during the show.

Not only that, they helped and guided my grandparents to the washroom before the show. And, after the show, they led them to an elevator so they didn't have to take the stairs/escalators with the other audience. They even escorted them all the way to the car when we were going to head back. ~THANK YOU~

Now, let's get to the show! 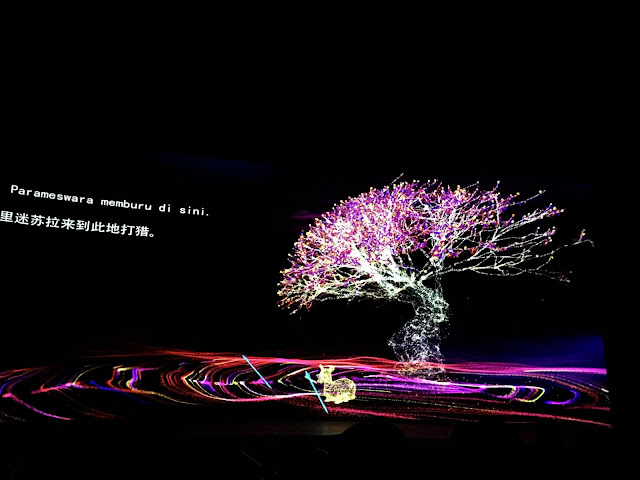 Through the vivid combination of audio and lighting, audience will not be seated passively but would be made as one with the performers.

Spoiler alert: there's a scene where the performers would walk from the stage to the audience to distribute candies!

I decided to put together some GIF images to show you how incredible the lighting effects are! And, you can also witness how the audience platform rotates in 360 degrees. 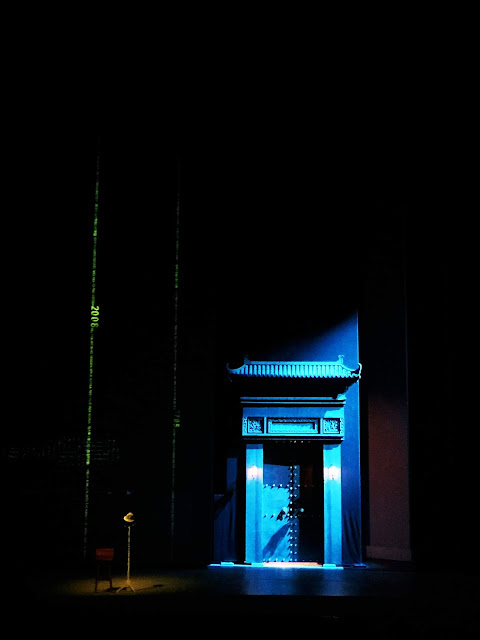 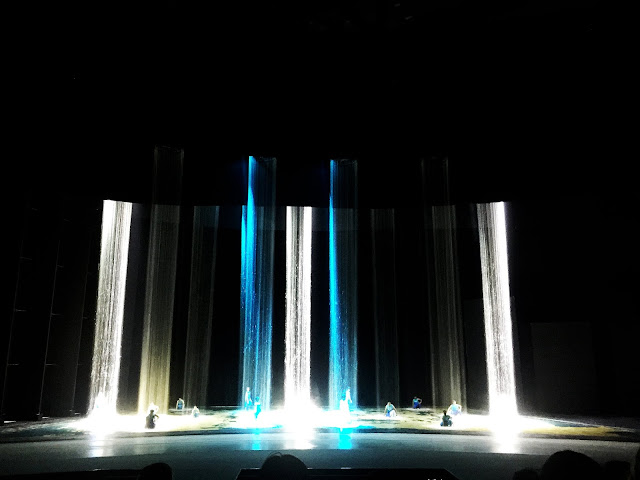 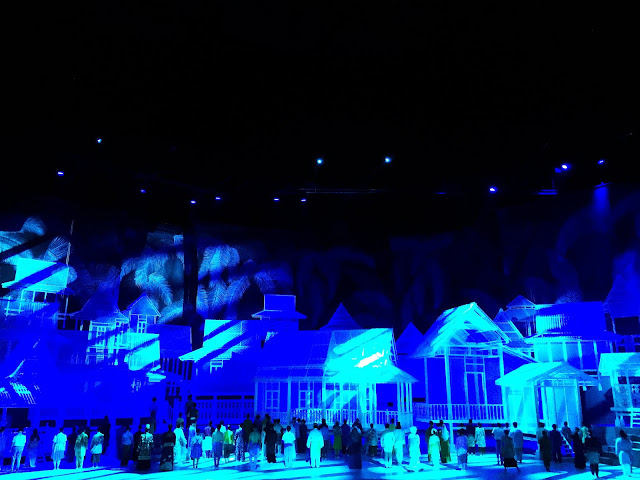 Many thanks to the 200 local performers for doing such a splendid job! 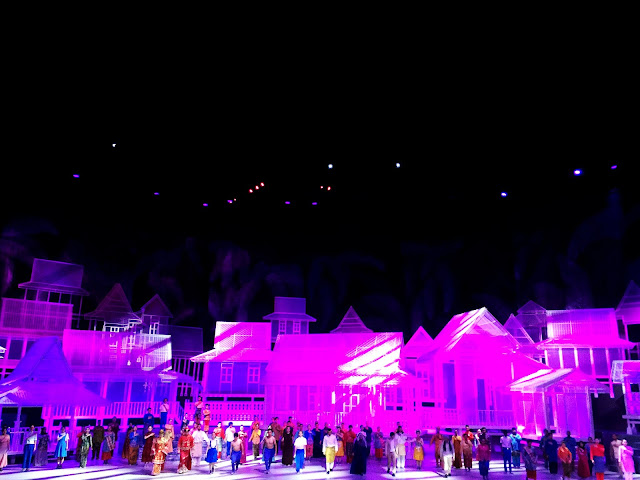 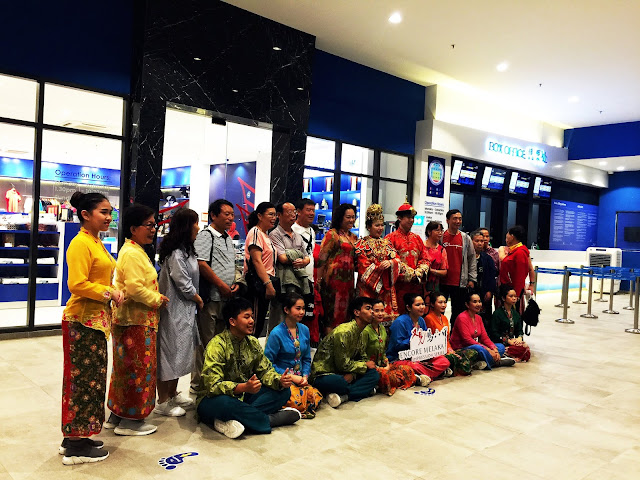 After the performance, the audience will be able to take photos with the performers at the box office area. 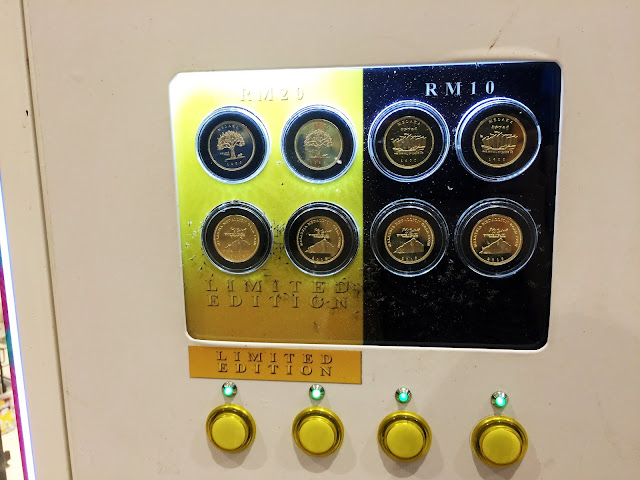 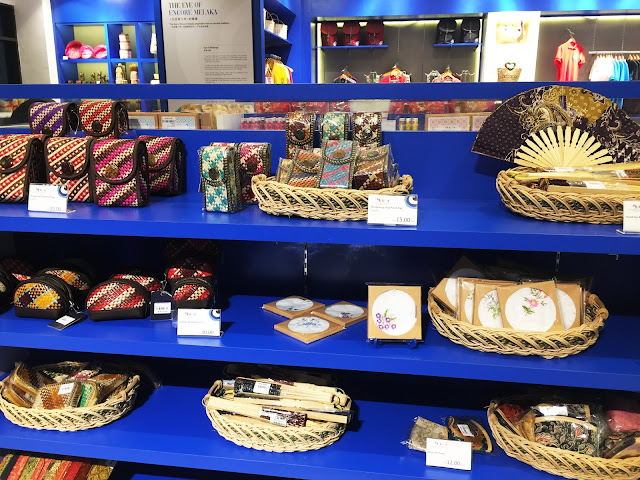 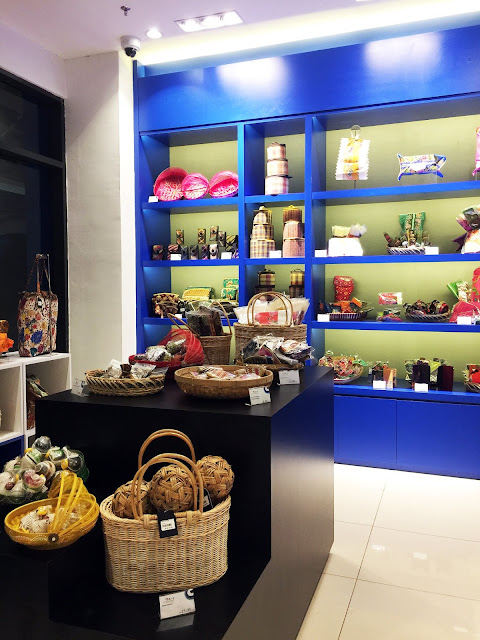 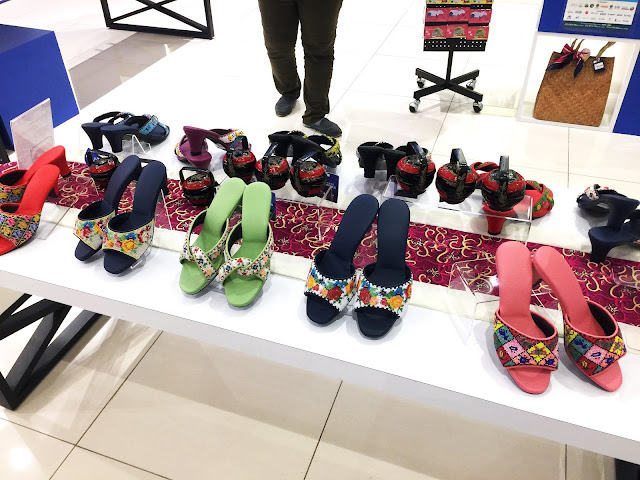 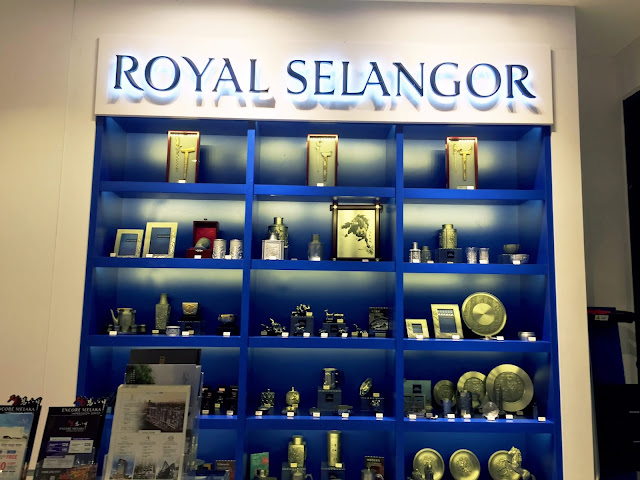 There's also a souvenir shop for you to do some shopping, like a local! 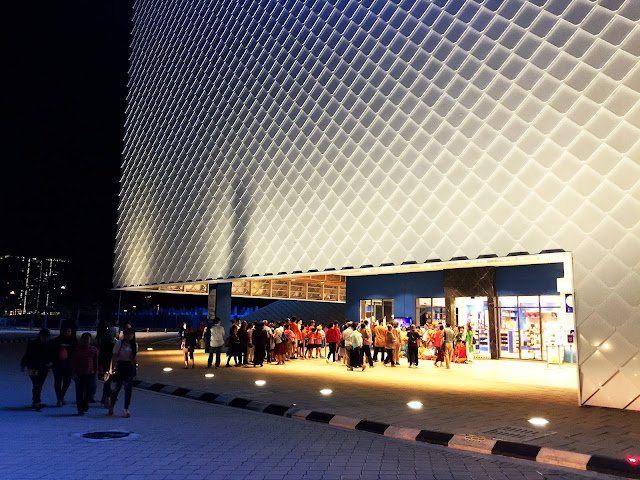 Thank you Encore Melaka for such an unforgettable night! ♥