It's the weekend of Mothers' Day and my bestie finally had her weekend off. As she drove 1 hour back to Penang island to celebrate Mothers' Day with her family at night, we decided to have a catchup after lunch. 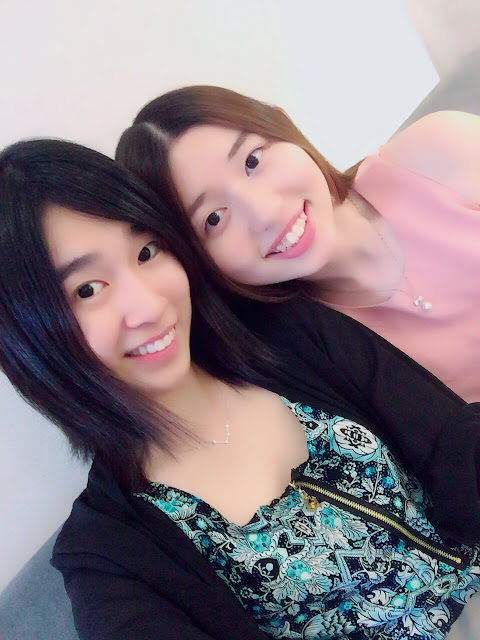 Here's my pretty baby who sat right next to me throughout high school. I hadn't seen her since February and so much had happened that we had to make full use of our time together to update one another. 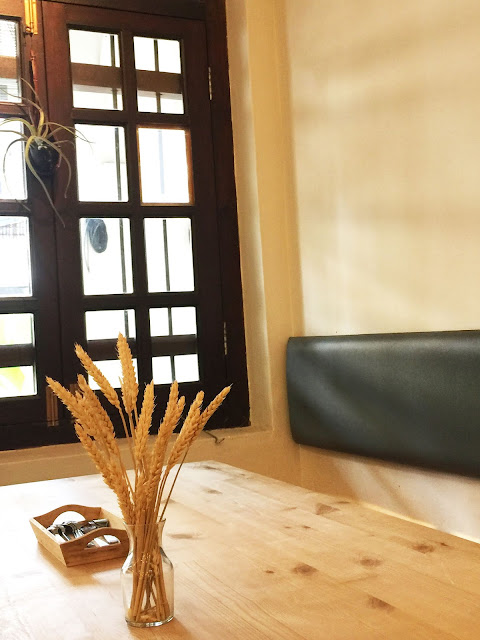 Since the cafes in Penang are mushrooming like crazy these days, I had to rely on Google to narrow down our choices. Judging from the photos of others, we ended up at Roots Dessert Bar that's located at the Museum Hotel in Georgetown to spend our afternoon together.

PS: I'm sorry for not taking many photos of the interior and surroundings of the cafe because I was too excited for our quality girls' time that I didn't want to be too engrossed with my phone. 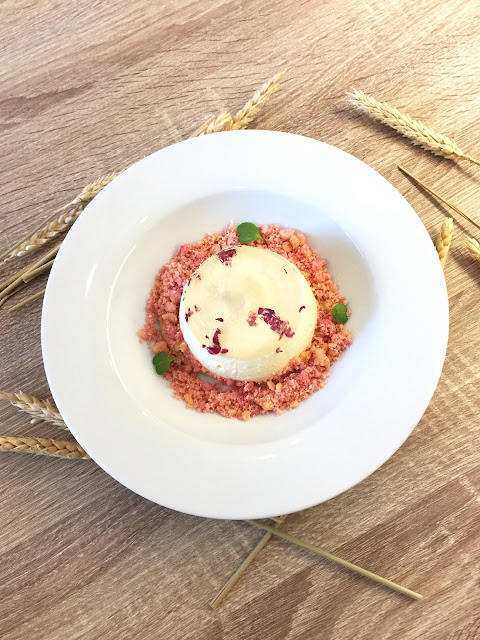 We had lunch before heading to Roots Dessert Bar so we only ordered 2 desserts to share.

The first thing that we picked from the menu was this Rose Cheesecake (approximately RM17). I thought my girl's a matcha lover and Roots Dessert Bar does offer a few matcha flavoured desserts but she was more interested in this than the green stuffs lolx! As for me, whenever there are edible flowers in something, you know my answer ;) 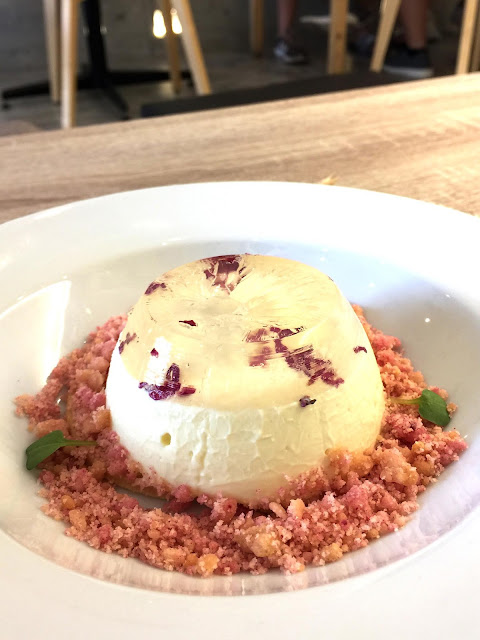 The top of the cake was a layer of jelly with crushed edible rose. Its bottom is the cheesecake. To my surprise, it's pretty light and not very sweet - definitely something for those who are not that much of a sweet tooth.

The pink stuff around the cake is crushed cookies - just like the usual cookie layer found at the bottom of cheesecakes but this had a bit of rosy taste to it.

Overall, this Rose Cheesecake was not too bad but it wasn't exactly mindblowing. 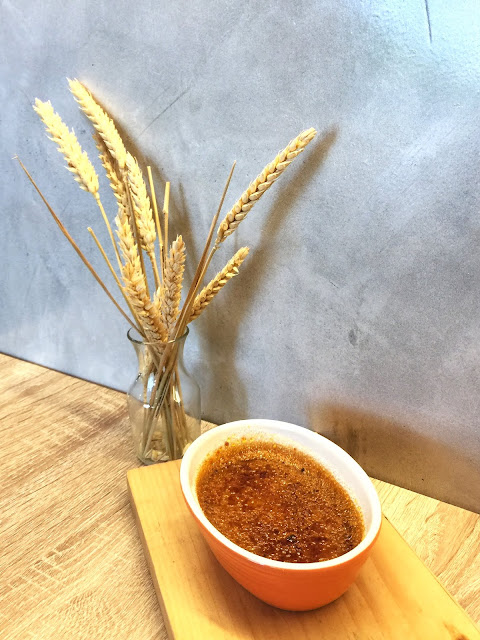 We also ordered a Thai Milktea Creme Brulee as it's something new that they were promoting during our visit ( RM16+ for this one). 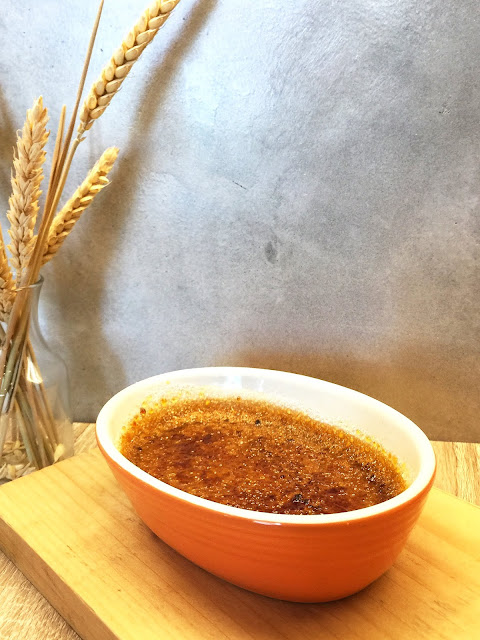 Honestly speaking, we both regretted this one. It was tasty but after the first 2 bites we couldn't deal with it anymore because it was too sweet. However, due to the fact that it's around RM16+, we decided to finish it slowly. Took us a good hour and a few cups of water and we finally made it. I thought Bi Ling would be able to take it since she's much more of a sweet lover than me but she couldn't as well HAH! 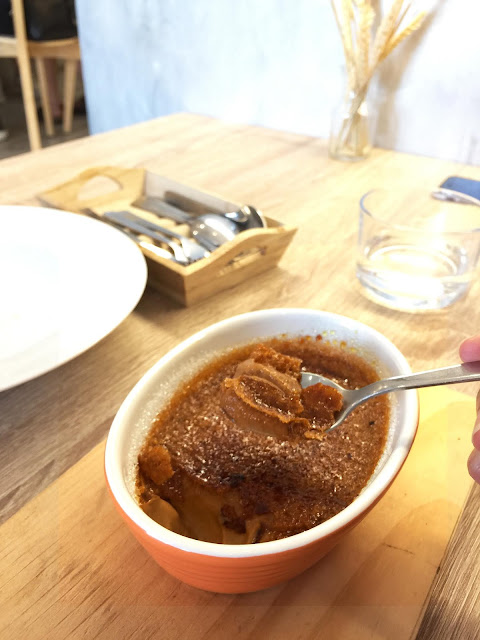 If you love Thai Milktea and can deal with very sweet thing, then go for this! But I personally wouldn't go for it again. I could feel my teeth aching from the sweetness of it. Not even exaggerating.

Just a note that Roots Dessert Bar does serve jaffles (toasted sandwiches), pizzas and pastas (if I'm not mistaken) and even nachos and sausage bites.

They are also famous for their watermelon cake which I didn't try. Because coming from Australia, where we had the original Blackstar Pastry's Strawberry Watermelon Cake, I don't feel like eating it's so called 'inspired' version. #sorrynotsorry

As for drinks we only had plain water but they also have for coffee, matcha, tea, chocolate, soda, milk or honey lemon. 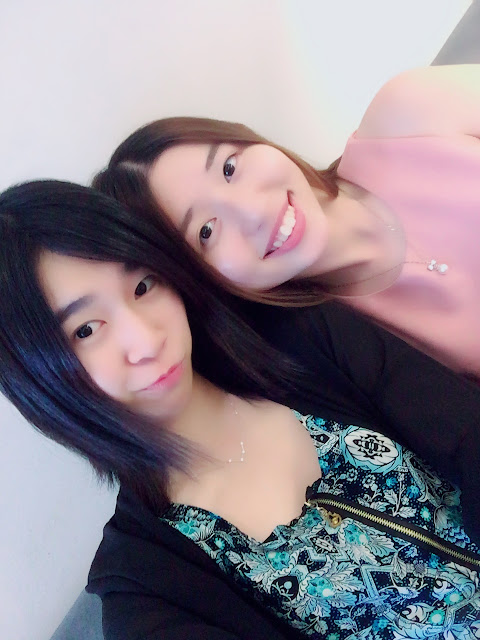 The atmosphere of Roots Dessert Bar was quite welcoming when we arrived there around 2pm. Because the place's quite small, when people started to arrive in between 3-4pm, tension arose. Crew members were rushing around, people were staring at us like hawks and probably thinking when we would get our asses off so they could have our seats and it's quite too noisy to laze around so we left after spending 2 hours there.

In my opinion, Roots Dessert Bar is an OK place to visit for first timers but I don't think it's special enough for a second visit. Due to the fact that we are spoilt with choices when it comes to cafe hopping in Penang, I strongly believe there are way better ones out there waiting for me to explore.

I'm swipping left on this one despite it being pretty decent and having 4.3 out of 5 on Google and 4.9 out of 5 on Facebook...OOPS~