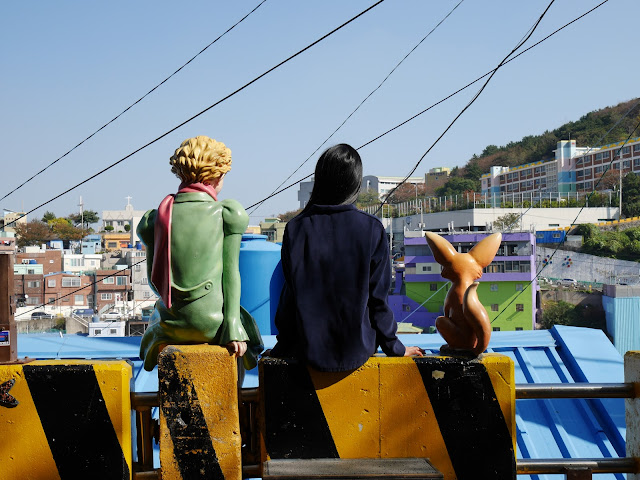 Here's the time where everyone started to come up with all those Facebook memories and Instagram best photos...I am still keeping it old school by writing it on my blog. Or to play the game more seriously, I may somehow copy this blog post into my diary if I feel like it.

That blog post ended with me introducing the online shop with the name List No More. For the second last half of August and September, I was working on revamping it - redesigning the website and all those miscellaneous things just so that I would be proud to launch it.

Late September, I had a vocal cord infection for 2.5 weeks. I couldn't go to work and was forbid to speak too much. As I stayed home being mute, I had the time to think about the direction that I was heading to for List No More and started to question everything that I was blindly building at that time. During that period of time, I lost 2 people in my life who I really cherished and loved. It hurts so much but I know it's like pulling off a Band-Aid, you gotta learn how to let go in order to make things better.

By the time I recovered from the vocal cord infection, it was around 10th October. The rest of October flew past with me licking my own wounds at night and going to work acting as if I was completely OK. Then, I flew to Korea on the 26th. It was my dream trip that came true after 7 years and it was also timely enough to be a getaway, very literally (here's the pre-Korea blog post). I was the happiest in the longest time I can remember.

I returned to Melbourne from Korea and Malaysia in mid November. The trip made me grow a lot as a person and remains the best thing that has happened in my life. I am still writing the "series" of my Korea trip - 가자 Korea Diary. I spent a lot of time digesting the things that happened for the past 10 months and started to accept the fact that it was time to focus on myself instead of other people and other things because as cliche as it sounds "time does heal everything".

This was the time when I decided to fucking throw away the previous plans for the online shop List No More and design my own line of t-shirts. If you know me personally, you know I can't draw for god's sake but I do love to doodle. Plus, the online clothing business is too saturated and unless I create something out of my own brain there hardly any space for me to differentiate myself from the others. In addition to that, I also had a relatively clearer idea of my life plans and goals. Probably it was because I finally had time to calm myself down and listen to my own thoughts. However, knowing what I want and getting myself out of the current shithole are two different things and I started getting all anxious with my life as a whole.

Then it's the last month of the year, where I found myself suddenly being obsess with HIIT workouts. I ditched the elliptical and threadmill machines and started to get my workouts done at home. Every single time I started a HIIT workout, I would curse myself for getting ME into such disaster but less than a month in, my upper abs are starting to show. Not only that, my waist is now in between 21.5-22.5 inches (23 inches when I binge and during PMS moments)! I don't think I have lost weight though...Back in late 2015 and 2016, I was weighing around 45kgs but I stopped weighing myself because I was obsess with the scale readings. I still would be anxious about gaining weight from time to time but looking at my waist and abs that are slowly forming which I never had, I'd rather have the tangible things than the number on the scale.

I also closed down the website for List No More. Truth to be told, List No More never had the chance to go live. Stupid, I know, judging from the time and also a couple of hundred dollars wasted (thank god it's just a few hundred dollars) but I learnt a lot. Not that I am giving up on this mission but the reason for closing it down is so that I know I will building another thing from scratch - with a brand new concept, name, store design, mantra and etc. The new store will make its "debut" soon in early 2018.

One of my favourite K-Pop singers committed suicide. Although the love of my life is CN Blue's Jung Yong Hwa and his band (duh!), there are 2 other guy groups that I admire - SHINEE and B1A4. Kim Jonghyun oppa was, still is my favourite SHINEE member. I love watching him perform, that charisma that he had on stage, his godly vocal skills, his bright innocent smile and goofy personality...He was the last person that you'd ever thought would commit suicide due to depression. It hit me SO hard. I cried my eyes out. I realised that there really are tonnes of things that aren't suppose to be put on hold till the "right time" because some things once you miss that ONE chance, it's gone forever. Hence, I started questioning my choice to stay in Australia - I'm here alone, the people I love are in Asia thousand miles away from me and will this be the right choice ultimately...I don't know.

Mom flew to Melbourne to spend Christmas and New Year's Eve with me. As much as I love my mom and knowing that she loves me too, our biggest problem has always been communication. This has been going on for years...The general consensus is that Asian parents tend to be very demanding and have a thickly written rulebook for their kids to obey growing up. The older I got, the harder it got to communicate with my mom. I started to have my own set of ideas and life plans which may be completely different from what my mom thought I should follow. Not understanding one another enough, we have been fighting too much and it sickens me and I was so drained to the point where I started to hide everything and not share much of my stories. I knew what I don't want in life but I haven't had a solid plan as to how I am going to create my dream life. Of course I am not sitting around waiting for a billion dollar cheque to fall on my lap but maybe my mom doesn't know/agree to what I am doing and with me starting to hide things, it really isn't helping our relationship at all. One day before new year's eve, I had a major breakdown at my god sister's house with both of our mothers over there. That was when most of the things that I had been hiding got blurted out.

On New Year's Eve morning, I woke up to a long message from my mom. The recognition that I had been longing for. It seems stupid for an adult like me to want recognition from my mom, but if you were in my position where I main life motto is to make my family proud of me (even though I never say it out loud to them), not getting that is very discouraging and adding on the incapability of expressing ourselves and the pressure of other issues, it was like adding oil to fire. I don't know whether things will turn ok from now onwards but I do wish that this is something that can be improved in 2018. 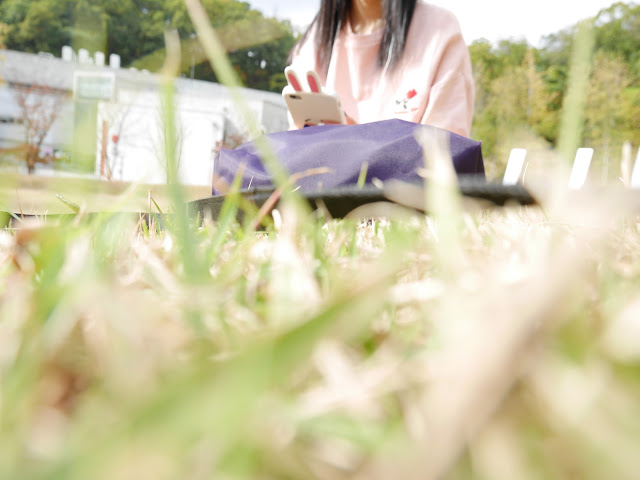 My 2017 was nothing but a hot mess which is why this blog post is not going to have many photos like my previous annually recaps. Hopefully 2018 will be a fantastic one. I have so many
radical changes that I want to make - I have no idea how to even start but I trust myself that I'll figure it out, someday, soon.

I'll end this blog post with a very inspiring read that I came across this morning which is a good way to kickstart the new year.

I hope everyone's having a great 2018, all the best *pops champagne*
Labels: Highlights / Favourites The Scribbles