Aigooo~~~ Now I realised my blog updates are getting more and more NOT in chronological order >< I tend to blog too much according to my feelings and here’s the consequence Is it a big deal? As long as I am updating, then I shall me guilt-free, shan’t I? ><


Another shopping day with Alanis to Docklands before she went back to Malaysia. We decided to get a day out once again. Doing the same thing but at different venue.

Docklands' Harbour Shopping Town is one of my favourite places in Melbourne because the things there are a little cheaper compare to the things in the city. They have more factory outlets and you can even find clothes as cheap as $3, $4, $5…..Must be a budget Barbie IF I am trying to do some shopping (inspired by Qiu Qiu <3)

We took the free tourist city tour bus (dunno what’s the official name for that red bus though) from Victoria Market and headed for Docklands :D

Alanis was supposed to buy back some nougats and because we didn’t want to take the trouble to look for it in Victoria Market and carried it with us for shopping, she bought the nougats in sorta what I called “mini market” (perhaps, not really THAT, medium shall be right) 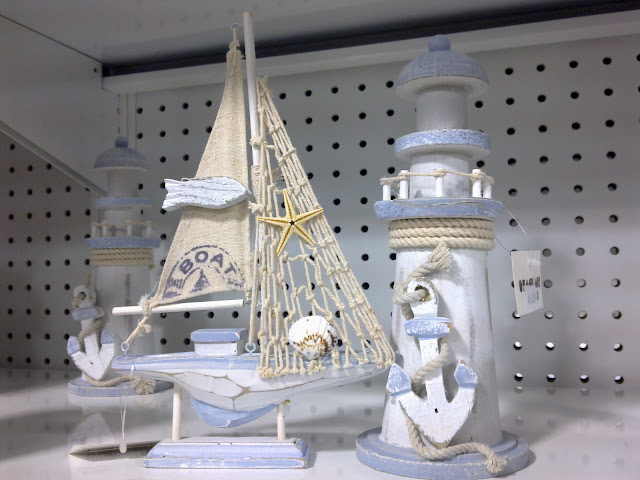 I saw this one, so cute right? Again, sneaking out my phone to snap this picture. They had a complete set of this which included a photo frame and a pencil holder as well but those two are not as cute as these, so I didn’t bother to take a photo :/ 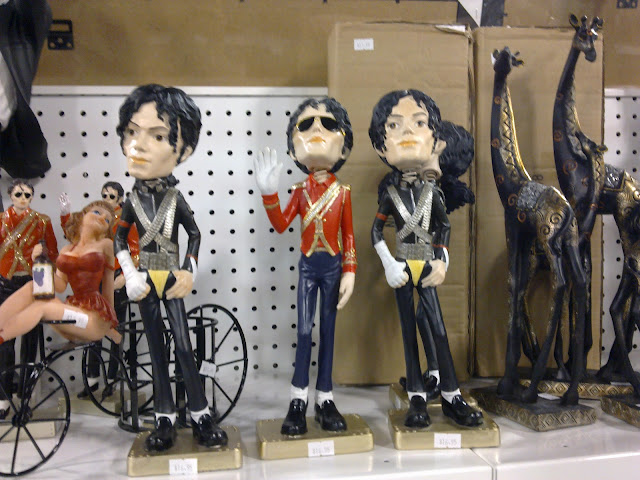 Arrrrgggghhhhh!!! I just hate it when people try to make Michael Jackson dolls. These dolls are NOTHING like him alright? Don’t tell me there’s no quality control? These dolls look LAME!!!!!! Why can’t people produce cuter dolls of MJ? The Japanese ought to do the designing for goodness sake! 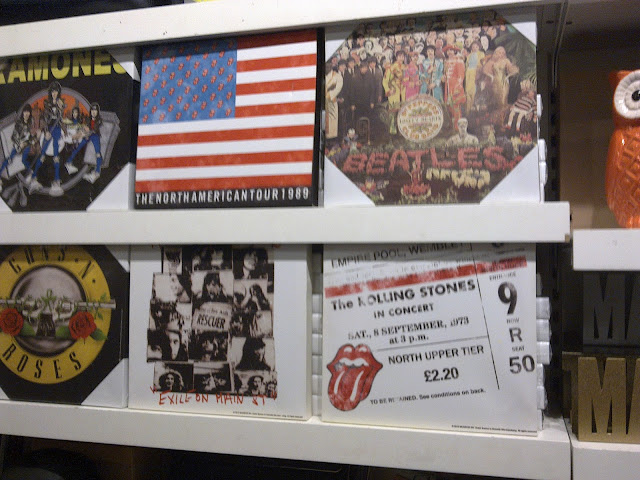 Found this thing in Typo, which were wall decorations. So rocking cool! 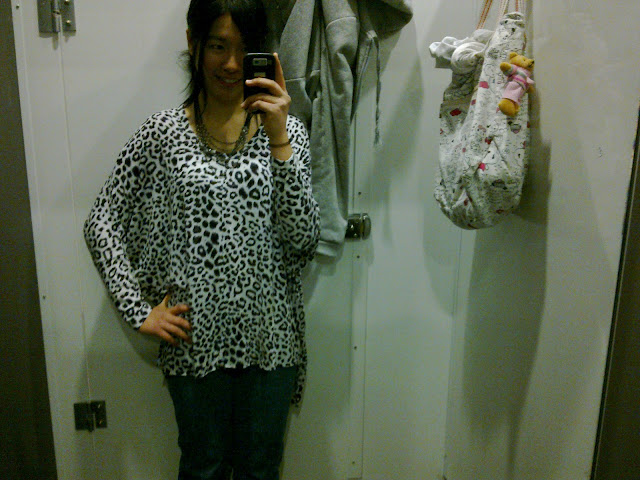 Alanis likes to try on clothes, either for fun or serious purpose (aka purchasing). As she tried on hers in Cotton On, I simply grabbed this one which I found was quite extraordinary compare to the others. Gosh~This blouse totally changed my style. I looked much much much mature in this blouse. Alanis kept on repeating, “This doesn’t look like the usual YOU!”

Before we got back for dinner, we went to Factorie on the 2nd floor, which is one of the must-go shops in Docklands. Randomly grabbed a few shirts and started to try them on. 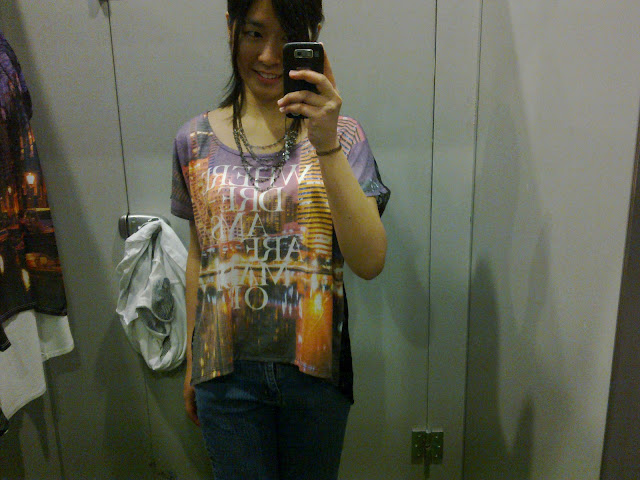 Alanis picked this one for me because her sixth sense told her that I would look good in this (she said that herself, I didn’t bribe her or anything) 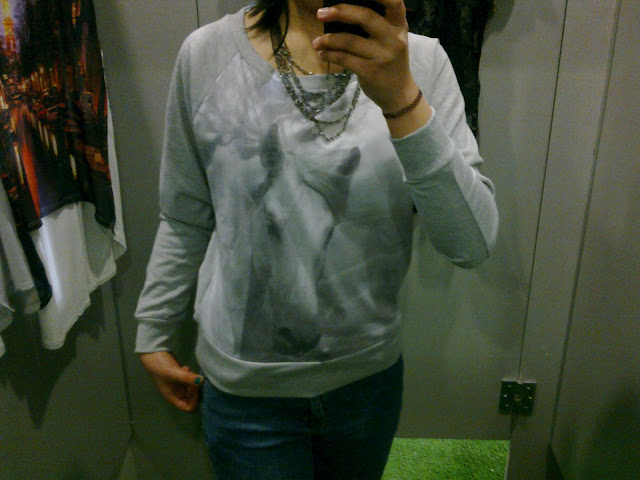 This horse shirt was so special. I had never seen something like this. 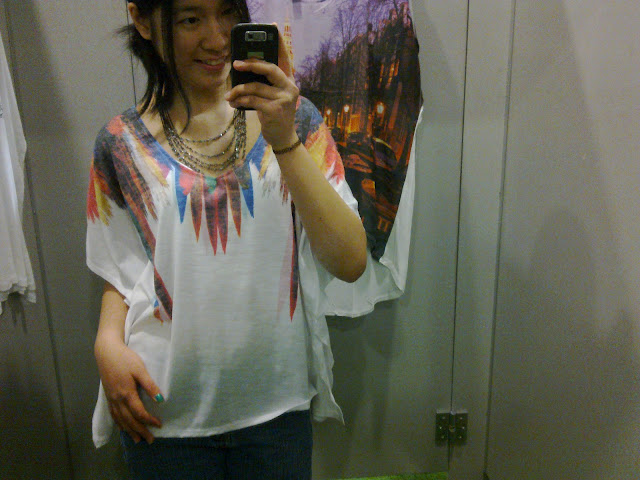 This feather one was nice! I am a huge fan of feathery things as well. I feel like Pocahontas when I wear feather things. 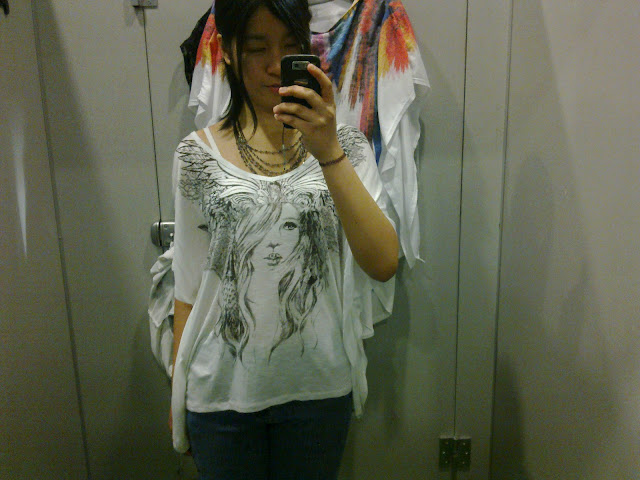 Eventually, this is the only thing that I bought throughout our shopping days. The reason for this buy was because it was wrongly priced. $3 only :D Of course I did like the design as well, not just being tempted by the price. Lucky me~

Got back to the hostel as soon as possible after shopping to help Carol with the steamboat preparation. Carol offered to make steamboat for Saturday night’s dinner specially for Alanis in conjunction with her 19th birthday. I got to join too~ 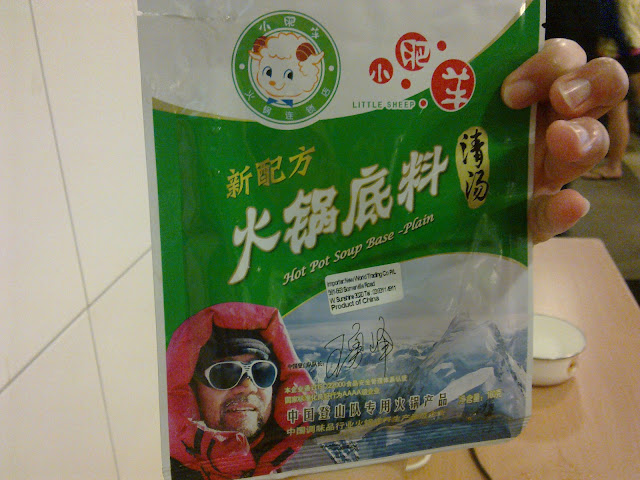 Totally love the favour of this soup. Just buy this packet and pour it into a pot with boiling water and stir it will do. It’s so nice BUT I guess it contained too much ajinomoto or things like that….Made us very thirsty after drinking but we didn’t care at all, eventually finished the whole pot :pp 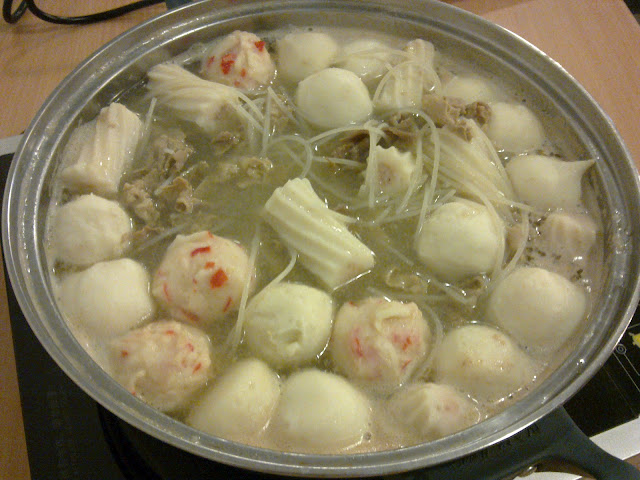 Having a steamboat after getting back from the cold was such a bliss. So blessed to have friends like this. I really enjoyed the steamboat and I gobbled up a lot of fish balls and meat balls. Regretted after that though because we were all over full. I remained standing in my room for 2 hours before I dared to sit down. Seriously, too much good food! What a blessing! LOL!


Peace and Love, xo
My
Labels: The Scribbles