I love Michael Jackson more than anything else in this world. He means the world to me.

Of course it's undeniable that Michael Jackson has contributed A HELL LOT to this world - his incomparable music, groundbreaking dance moves, humanitarian work, but also he's a fashion icon. Trust me, this man, is just god sent! I've always wondered how can 1 person be so capable of doing EVERYTHING! Which makes HIM THE BEST!

From the sequined Billie Jean glove, black fedora hat, the sparkling white socks, red Thriller & Beat It jackets, the buckles and too many more to be named~

One of the trademarks of the King MJ's fashion will definitely be the MILITARY JACKETS!!!  ♥♥♥♥


Michael loves Military concept, and I love him wearing those military jackets too!!!! ♥♥♥♥

I've always wished to have a military inspired jacket myself because I'm a MJ fan! A proud fan!

However, it's really really hard to find any military-style jacket for ladies. *not fair* Until one day, unexpectedly, I stumbled upon this jacket while I was scrolling through eBay. 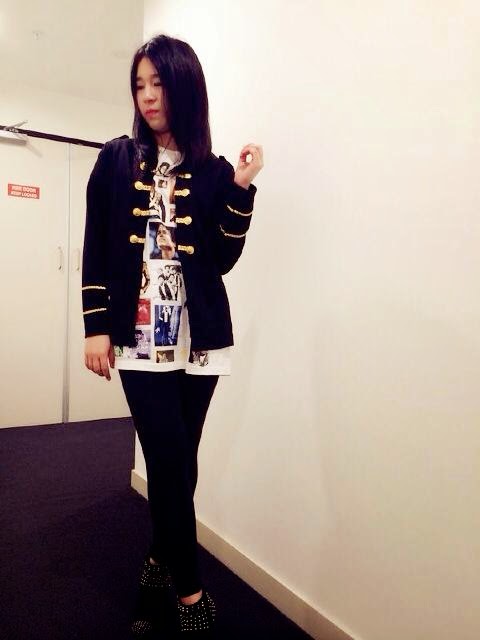 I fell in love with this jacket AT FIRST SIGHT xD 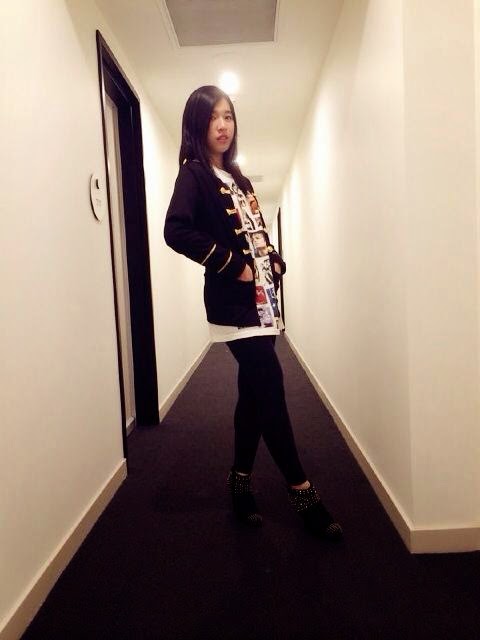 So after asking my friends "Does this give the military style feel?" (many of them thought that the so called 'military' = cameo, I had to clarify by saying THE MJ military style. After they had said YESSS to my question, I bought it right away :p) 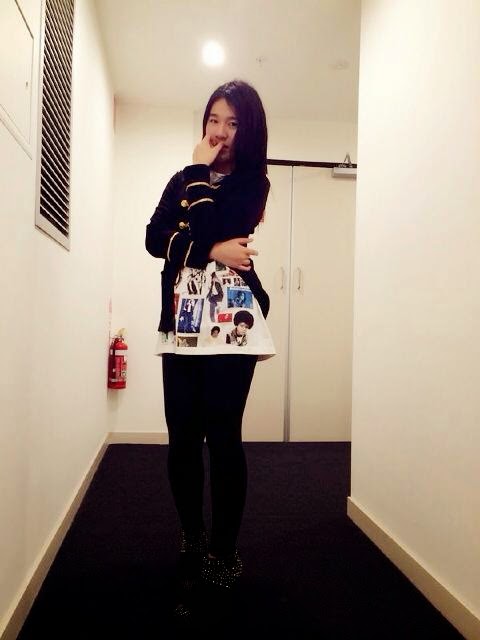 In conjunction with MJ's new album release a few days ago, I wore this outfit to school. 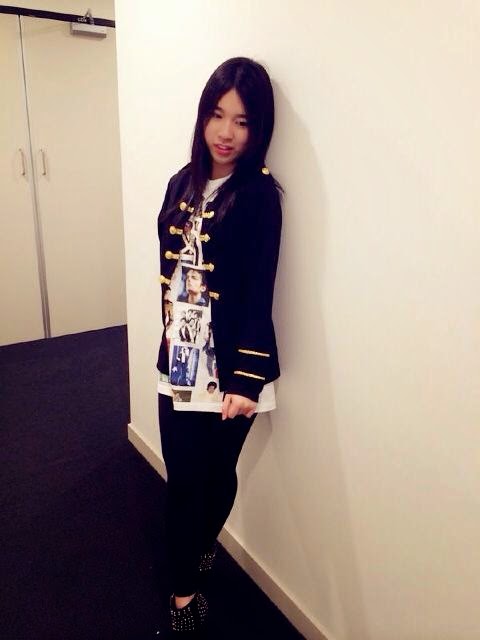 I always wear my MJ shirt when there's a MJ-related day! Birthdays, death anniversaries (even though these are devastating gloomy days) and of course, the new album release day! 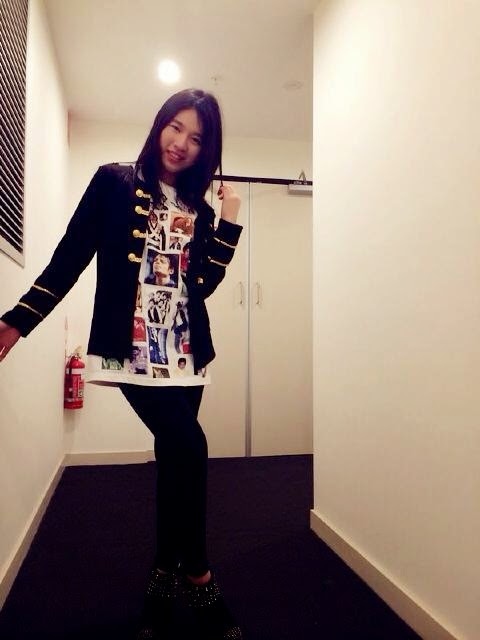 It was my first time wearing that white MJ shirt. 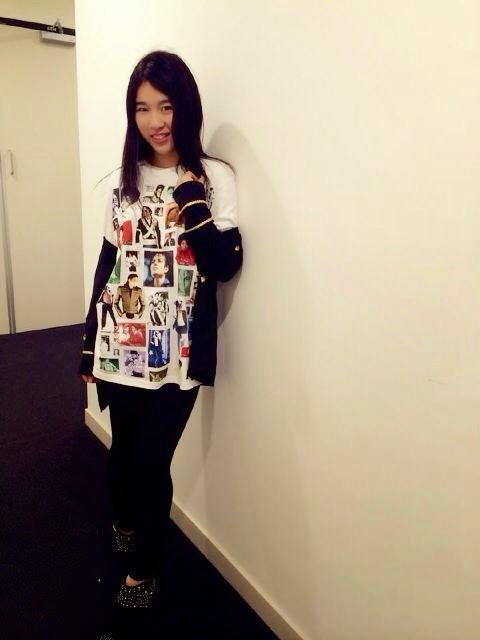 If I'm not mistaken, I think I bought that shirt around 4 or 5 years ago although I knew it's NOT my size - it's actually a guy's M size to be specific.

I lost my rationality because I just love the photos of MJ on that shirt so I bought it without thinking so much. It's actually the only MJ shirt that I've never worn before because I didn't know how to style such an oversized shirt. 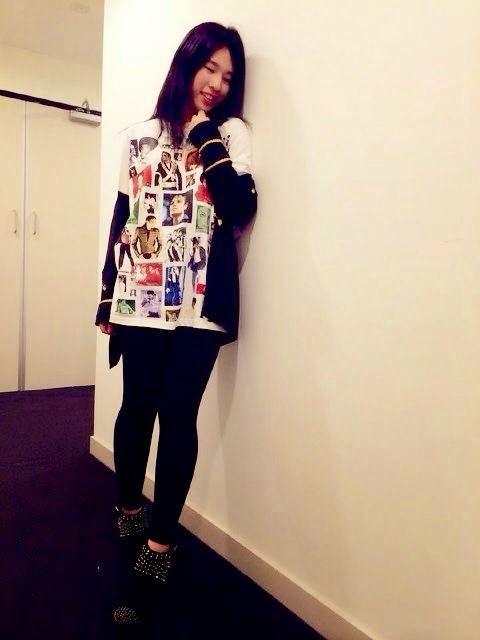 I paired it with a pair of black leggings.

Black leggings will never go wrong when you pair them with an oversized or long shirt. 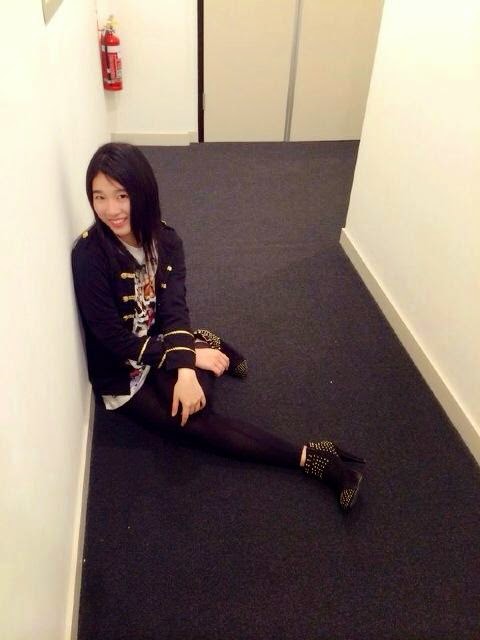 I paired it with a pair of studded boots which I bought for my performance last year. 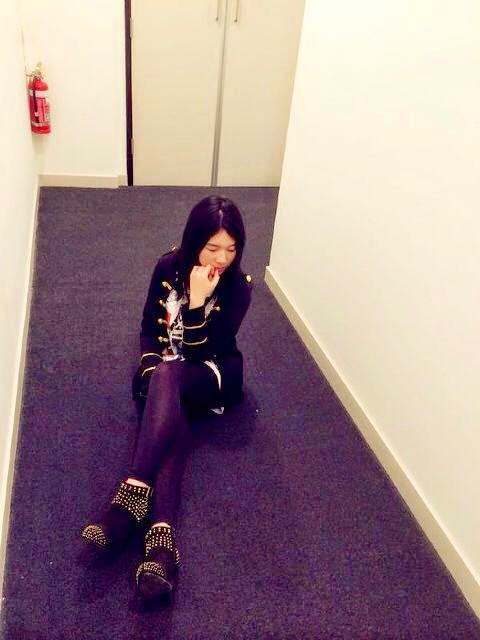 The golden studs on my boots match my jacket! 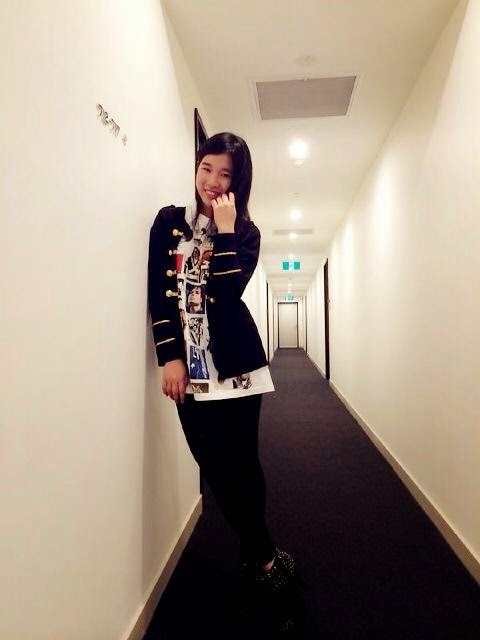 To me, I feel somehow this outfit looks rather simple although it has the eye-catching golden coloured elements as well as the colourful MJ photo collage. 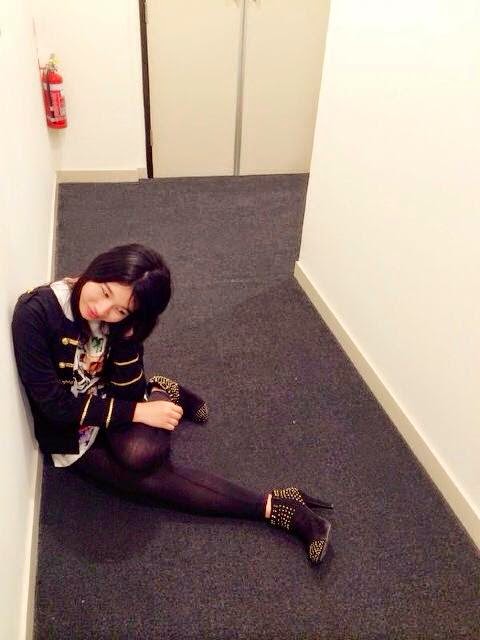 There's the I-will-sum-it-up-for-you-before-coming-to-an-end face of mine!!!

Military jacket from eBay - $12 (link is here)
Michael Jackson tee from a random shop in Bangkok - around 130Baht ($4.5)
Random black leggings that can be bought anywhere
Golden studded boots from Novo, Southern Cross DFO, Melbourne - around $15 (it was on a sale) 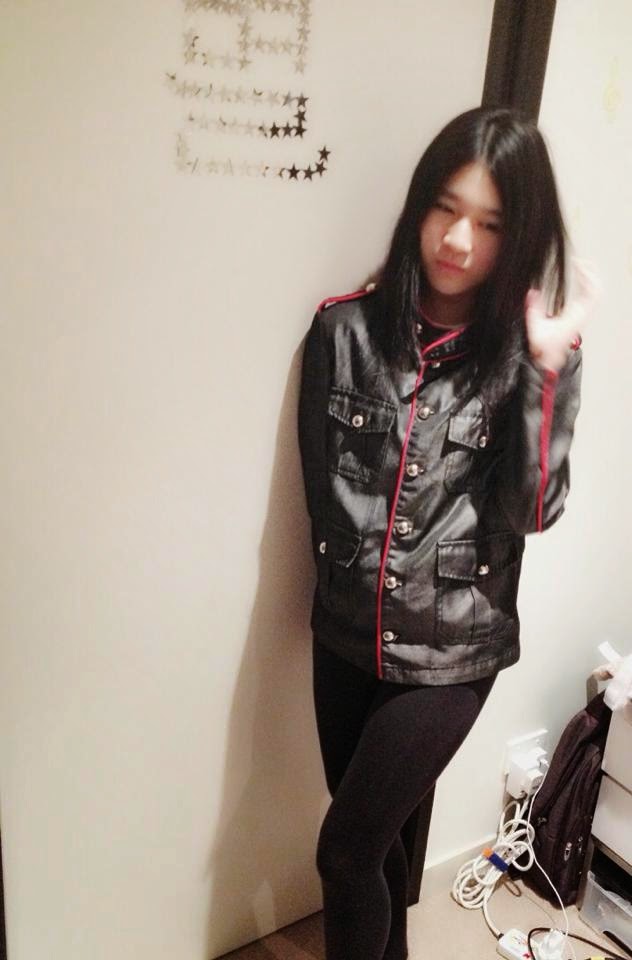 Here's the 2nd military jacket of mine. Thanks to El who contributed this piece to my collection. I've always loved El's jacket collection because he has quite a few jackets that look like MJ's jacket. Back then before I bought my own, I used to tell him how much I envy guys to have smarter looking jackets than girls because it just seemed too impossible to find something like this for girls. Then one random day, El messaged me on Kakao telling me that he had sorta outgrown this jacket and he's going to give it to me if I could fit in it. OMG! I actually thought he was kidding you know. I gave him earrings in return :p HAHA xD THANKS EL!!!!!! <3333333

Guess some of you may think that I'm insane already for taking over a guy's clothes. Tell you what....I have quite a few hoodies and tees that are actually guys' in my closet.

Personally, I don't have a rulebook when it comes to dressing up. As long as I can pull off the look, WHY NOT JUST WEAR IT regardless of anything?! 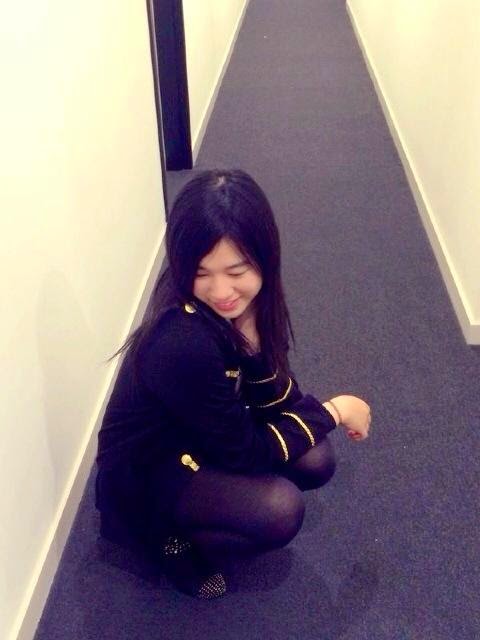 Let me know what you think about this outfit ^^

Most importantly, ANY ONE OF YOU ARE A FAN OF MICHAEL JACKSON? Which MJ outfit do you like the most?

If you are, I shall regard you as FAMILY, and here's the Barney song "WE ARE HAPPY FAMILY~"!!!

☮ Quote to share:-
Let us dream of tomorrow where we can truly love from the soul, and know love as the ultimate truth at the heart of all creation ~Michael Jackson